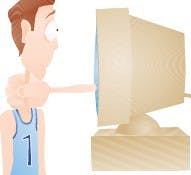 It's nearly every gifted high school athlete's goal - to attract the attention of recruiters from any number of collegiate athletic programs before securing a scholarship and embarking on a playing career at the next level. Many top prospects soon find, however, that the task of choosing the right school can be as burdensome as it is enlightening, with elite players receiving letters and phone calls from as many as 100 different institutions during early stages of the recruiting process. Add to that the calls made by members of the media and recruiting gurus, and it's enough to force the families of highly sought-after athletes to disconnect their phones or seek unlisted numbers.

In the past, the NCAA has attempted to control at least the actions of its member institutions, dictating when and how often authorized recruiters can contact prospective student-athletes based on the chosen channel of communication - from letters and faxes to phone calls and face-to-face visits. Now, the NCAA has been forced to take a closer look at an increasingly pervasive recruiting tool - the Internet.

Of particular concern is the use of instant messaging and prearranged chat-room discussions, which an NCAA subcommittee on recruiting has interpreted as interactive in nature and thus subject to the same limit of one contact per week placed on telephone usage. At the heart of this new legislation, which will take effect Aug. 1, are the best interests of student-athletes, according to NCAA representatives and others. "We don't want to take away legitimate opportunities to utilize the Internet," says University of South Carolina Athletic Director Mike McGee, chair of the NCAA recruiting subcommittee. "By the same token, we want to honor significant requests coming from student-athletes related to invasion of privacy."

Adds Brian Dillon, a senior golfer at the University of the Pacific and chair of the NCAA's studentathlete advisory committee, "I think student-athletes are, in general, against increasing the amount of contact, increasing the amount of phone calls, increasing the recruiting period. It's not a problem for every sport, but when I run my meeting on the national level, it's the football players and basketball players who are really, really adamant about this. The rest of us can understand it, because we've been recruited, but it's a whole other environment for them. We've heard some horror stories."

Tales of prospective recruits' phones ringing off the hook are widespread, but what about computer-generated instant messages and chat rooms - interactive means of communication that require two or more parties to be on-line simultaneously. More and more institutions and their athletic depart-ments are wired to the Internet, but there's no guarantee their target prospects are on-line at home.

Just how pervasive is Internet use as a recruiting tool?

"E-mail I've heard of a hundred times," says recruiting analyst Bobby Burton, editor of Rivals100.com, a fan-based Web site that tracks the top 100 prep football players in the nation. "I've never talked to anyone who talked about instant messaging. I've never even thought about it. I don't even have instant messaging."

Use of E-mail, much like standard mail and faxes, has not come under the same NCAA restrictions as phone calls - the rationale being that prospects can more easily ignore this type of message. "If you just send me an E-mail, I have the option not to open it," says Dillon. "But when you prearrange a chat session, that's where the trouble starts. If you tell me, 'OK, we're just going to happen to be online every Thursday for the next couple of months,' well then that's technically a contact. I guess the borders really have to be defined."

Instant messaging is even less hit-and-miss. This function allows a sender to first determine if the intended receiver is on-line. If so, the sender can pop a message instantly onto the recipient's screen. "With E-mail, you have the option of completely ignoring it - throwing it away without looking at it - but when you're on your computer and you get an instant message, well then people are starting to realize that that's a different kind of a situation," says Jane Jankowski, public information coordinator at the NCAA.

Grant Teaff, executive director of the American Football Coaches Association, says he expects the number of coaches who use the Internet extensively in recruiting to grow as "the ability of young people to be on the Internet at home opens this up."

"I wouldn't call it epidemic at this stage, but I do believe it's moving in that direction," Teaff says. "I think the NCAA, in a prudent way, has to take a very serious look at this. We're just completing a brand-new recruiting calendar for Division I football. We've been working on it for two years, and it's in its final stages now, but it does not address the Internet."

The AFCA embraces rules regarding recruiting contact, according to Teaff, because they not only help student-athletes remain clearheaded while "getting hammered on from all directions," but they also bring "some sanity to the poor coaches," many of whom will start the recruiting process with a list of 300 prospects before paring it down to 15 or 20 signees. He uses the one-call-per-week rule as an example. "If you had unlimited telephone calls, coaches would be on the phone all the time," Teaff says.

Betty Jaynes, chief executive officer of the Women's Basketball Coaches Association, greets the NCAA's new legislation regarding on-line contact less enthusiastically. "It's taking away something that coaches have had the opportunity to use to let the prospective student-athlete know more about their programs," says Jaynes, who first began answering the NCAA's questions about what she refers to as "creative recruiting" last summer. "The coaches feel that they have so many restrictions on them as it is."

Meanwhile, Jaynes fully grasps the logic behind lumping Internet chat sessions and instant messaging in the same category as phone calls. "I can understand that completely, because coaches are doing some very interesting things, such as hooking up top athletes all together and being able to talk."

Jaynes also admits that the new Internet restrictions might level the recruiting landscape among athletic departments, some of which may not boast Internet access or computer fluency in the first place. The same holds true for prospective student-athletes. Still, she feels Internet contact can only help student- athletes make an informed choice as to which school to attend. "It's such a critical decision for the athletes," Jaynes says. "I just wish they would become a little bit more understanding and sensitive to this means of communication. It's like if you were going out to get a job, wouldn't you want as much information as possible before you signed on the dotted line. I feel the same way about scholarships.

How the NCAA monitors Internet use and any related recruiting infractions is another question. Policies and procedures, as well as staff compliance officers to manage them, are in place at most Division I schools. Phone calls, for example, may be tracked internally using weekly logs filled out by coaches, but "some of it is on the honor system," according to Jankowski.

"We very well recognize that there is no way for us to monitor or enforce everything that's going on with the Internet," she says. "What we have done in recent months is add a section on our own Web site [www.ncaa.org/databases/internet_and_recruiting.html] about current NCAA legislation pertaining to Internet usage and proposals that are currently in the legislative system related to the Internet and recruiting."

Fortunately, a key player in this system of recruiting checks and balances is the prospective student-athlete. "Kids will complain," Jankowski says. "There are a lot of kids who don't want this much contact with coaches."

Even with the latest rules interpretations on the books, the potential scope of NCAA legislation relating to electronic communication and its effect on recruiting remains nearly as unpredictable as the growth of the Internet itself.

"There is not much legislation pertaining to Internet usage currently," says Jankowski. "Just like everybody else, the association is trying to get its arms around this issue."