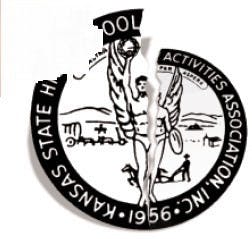 Two bills that could eviscerate the Kansas State High School Activities Association were submitted to the Kansas legislature this spring. The circumstances were unusual: After House Bill #2256 (introduced by Representatives Henry Helgerson of Wichita and Jene Vickrey of Louisburg) was tabled by the House Education Committee, Rep. Vickrey introduced a similar bill, #2533, before the House Committee on Federal and State Affairs, on which he sits. Although again, no immediate action was taken, no one at the KSHSAA was celebrating. The second bill, and in particular the venue in which it was heard, was a clear signal that proponents of scaling back the association's ability to govern its programs will stop at nothing.

At issue is the KSHSAA's rules that prevent high school coaches in three sports (football, basketball and volleyball) from coaching their teams outside the seasons in which they compete, and that prevent members of a high school sports team from having simultaneous membership on a non-school team. A minority of parents, although a vocal minority, find these rules too restrictive; in particular, they believe that while schools (and the association) might have the right to regulate sports within the school year, they should have no say what their children do when school is not in session.

Scott Smith, district athletic director for the Wichita (Kan.) Public Schools, says this argument mischaracterizes the rules in question. "We're no t telling kids they can't play basketball year-round, or telling our coaches they can't coach a basketball team in the summertime," Smith says. "The rules simply say that a high school coach can't keep his high school team together and coach it year-round."

"Basically, those rules seek to preserve the school season and the athletic program's relationship with its own student-athletes," says Gary Musselman, the KSHSAA's executive director. "The peril of Bill #2256 is that it is so far-reaching in its implications. It's a monster. It's got an appetite that can't be satiated."

The monster was hatched in April 1995 by the parents of Brook Robinson and Charles Gunter, two students at Wichita Southeast High School. A Wichita-area select basketball team was being formed under the auspices of the Amateur Athletic Union that would conduct its season concurrent with the high school's basketball season, and the students wanted to join. Since the KSHSAA's Outside Competition Rule did not allow this, the parents sued.

In most cases, Musselman says, parents hoping to change a particular rule deal directly with the KSHSAA through its internal appeals mechanism, but the parents in this case used litigation as their first course of action. "Nobody was more surprised than the school administrators," he says. "They'd never heard anything from these parents or their children."

The parents won Round One in a big way. The district court held in Robinson et. al. v. KSHSAA Inc. that the KSHSAA's ability to make rules beyond those enacted by local boards of education was not provided for in the Kansas constitution. The KSHSAA, of course, appealed, and won a reversal from the Kansas Supreme Court on May 31, 1996. That court held that the KSHSAA, as a voluntary association of schools, was functioning constitutionally within applicable Kansas statutes.

With their legal path blocked, and perhaps emboldened by their initial district-court victory, the parents and their attorney - who coached the AAU team in question and argued the Robinson case pro bono - took their complaint to the state legislature. (The focus by this time had broadened from several specific rules to the right of the association to make rules at all.) Musselman and a number of athletic directors, principals and school superintendents sat through hearing after hearing, ultimately giving testimony before both the Education and the Federal and State Affairs committees.

"It is certainly a test of one's willpower to sit in a room and listen to a lot of things about your organization or about you personally that are misstated," Musselman says. "It's particularly troubling to have other people tell you what your motives are."

What struck most of those testifying was the way the KSHSAA was characterized - in the words of Dick Schumacher, AD at Wichita East, as "a bunch of good ol' boys."

Says Smith, "What the general public fails to realize is it's not a group of men and women sitting in Topeka making these rules, it's a 70-member board of directors that represents the leagues and schools all across the state."

To help get this point across, the association has begun conducting a series of forums around the state to explain how the KSHSAA is structured and how it functions.

"There's a great gap between the perception and the reality, in terms of accountability to the state legislature and board of education, how the funding works, and the services and staffing that we have," says Musselman. "I think most people are surprised. They think we're a state agency and that their tax dollars pay for this. Well, we're a nonprofit association of schools that has a three-branch system of government with its own legislative body, executive committee and judicial branch. People need to know about this system, and also how to access it. If there's a rule they think is inappropriate, they can work through the system to bring about change."

The other tangible result of the Wichita case has been a fast-track review by the KSHSAA of some of its contested rules "to see if there's some reasonable middle ground between less restriction and not completely throwing the thing wide open," as Musselman says. Already, restrictions on summer play have been loosened, although coaches in Kansas are holding fast to rules preventing them from being compelled to coach year-round. No one there wants a repeat of the situation in Texas, where a rewriting of the state education code two years ago, legislated as Senate Bill 1, stripped the University Interscholastic League of its ability to make rules affecting students who aren't under the jurisdiction of school employees. Essentially a parental rights bill, Senate Bill 1 has led to what many coaches call the 12-7-4 syndrome - 12 months a year, seven days a week, four hours a day.

"By far the majority of our coaches tell us they don't want to coach kids year-round," says Smith. "But our rules are also there for the kids. It's our feeling that kids should be exposed to a variety of coaches, and that they should not be coerced into playing one sport all year long."

As for parents who find such rules too restrictive, the association's hope is that they'll seek opportunities for their children elsewhere, while leaving the rules intact for the majority of students served by high school programs.

"We're probably the most conservative and restrictive program," Musselman concedes, "but that's because we have a whole different set of objectives."

"The sore spot with parents of would-be elite athletes is that we're holding their children back," says Smith. "I can understand part of that logic. On the other hand, if our program is going to maintain some kind of academic grounding, there have to be some limits."