Up In the Air

Ticket increases have become inevitable for some schools, but how much is too much?

Last fall, spectators at high school football games and other sporting events from Michigan to Florida found themselves shelling out more money at the ticket window to help schools recoup funding lost to budget cuts. In many cases, the additional revenue generated by higher ticket prices covers increased fees for game officials and team transportation.

In Charleston, W.Va., though, fans attending games at the popular 18,600-seat Laidley Field also pay a $1 per-ticket surcharge that goes toward major renovations and repairs at the self-sustaining stadium. That fee, along with a $1 across-the-board ticket hike that Kanawha County School District officials implemented for all 2004-05 sporting events, brings the adult admission for regular-season football games at Laidley Field to $7.

By comparison, that's what the New Jersey State Interscholastic Athletic Association charges adults for post-season football tickets -- an amount that New Jersey Assemblyman John Burzichelli (D-Paulsboro) contends is "outrageous and unconscionable" because it's more than double the admission to many schools' regular-season games. In late November, Burzichelli introduced a bill taking aim at, among other things, what he considers to be price-gouging tactics by the association. "It's reasonable to charge a little bit, but the game belongs to the schools," he told the Salem, N.J., newspaper, Today's Sunbeam.

The association raised football tournament ticket prices in 2003, citing a combination of increased security costs and an attempt to make up for poor weather-related attendance in 2002. However, as NJSIAA Executive Director Boyd Sands notes, even at $7, it still costs less to attend a high school football playoff game than it does to get into a movie theater.

But maybe not for long, as ticket prices gradually continue to climb. The Lewisburg (Pa.) Area School District, for example, is expected to generate $14,000 this year after increasing admission for all athletic contests to $4 for adults and $2 for students. Meanwhile, the Traverse City (Mich.) Area Public School Board voted last summer to increase all varsity-contest admission fees from $4 to $5, with tickets to football and hockey games now costing $7. The price to attend junior-varsity events also climbed $1, to $4. District administrators expect the higher charges to yield an extra $30,000 annually. "We're so tight," Paul Soma, chief financial officer for Traverse City Area Public Schools, told the Record-Eagle, that city's newspaper. "I'm uncomfortable with how tight we are."

Laidley Field facility manager Lou Ann Lanham knows a thing or two about feeling uncomfortable with budget decisions. She was in charge of training ticket-window employees to respect the concerns of spectators who complained about the increased prices. "There was some initial shock when people walked up to the booth and saw the $7 ticket price -- especially because they pay $6 to get into games at other school venues in the county," Lanham says. "We explained to them that this is a countywide policy, but it was a time-consuming process.

If somebody was still argumentative and wanted to talk more, I told my people to send that person to me. I only had one man who came into my office and wanted a better explanation of where the money went. Once I explained to him that the schools take home $6 and Laidley Field gets $1, he was fine."

That kind of customer service was key to the controversy dying quickly. "I think that paying $7 for a high school sporting event, for some reason, just really hit people in the face," Lanham says. "But most people were fine after a couple of weeks -- at least until the playoffs came. Then we had out-of-county fans coming here, and we had to start explaining all over again."

In Madison, Wis., school district officials had plenty of explaining to do after they voted last May to increase tickets prices for all sporting events to $6 for adults and $3 for students in an attempt to close a $10 million budget deficit. While the move was expected to bring in an additional $112,000 annually, it backfired. Attendance and concessions revenues fell so significantly during the early weeks of the 2004 football season that district officials quickly reversed their decision, scaling back ticket prices to their previous levels of $4 for adults and $2 for students.

Purchase Line (Pa.) High School did the same thing in November, reducing student ticket prices for basketball and football games to $1 after raising them to $1.50 two months earlier. Adult admission is now $3 per person, regardless of the sport. Previously, prices had been determined based on the sport. The increased adult fees are expected to recoup money lost by cutting student prices.

While officials in some school districts justify a ticket hike by promising not to implement pay-to-play programs that require student-athletes to cover program expenses, others are making attempts to toe the line on admission prices, hoping to woo more fans and keep high school sports an enjoyable and affordable form of family entertainment.

After all, if the Arizona State University Sun Devils and the NFL's Seattle Seahawks can lower ticket prices and boost attendance, why can't teams like Romney, W.Va.'s Hampshire Trojans? The only high school in Hampshire County, located on the state's eastern panhandle, increased the single-game ticket price for all 2004-05 athletic events by $1, to $5 for adults and $4 for students. But assistant principal and athletic director Erino Leone wants to lower the current price of an annual all-season sports pass from $100 to $50 for the 2005-06 school year. Package deals for parents and students may be in the works, too.

"I'm trying to get money up front so I have the $8,000 in annual referee and bus fees that I need right away. Then I can use the money from our athletic fund for other expenses, like equipment or uniforms."

The lower-priced all-season pass also may encourage repeat business for sports that don't typically draw big crowds. "Most of the people around here plan for football season, then they go deer hunting and then they go to baseball games in the spring," Leone says. "Our basketball team hasn't been successful for the last four years. But if I can get people to go see one or two games they otherwise wouldn't have, that's a good thing. It gets more people to come out and support our kids." 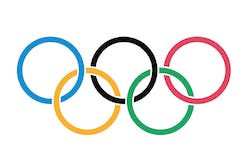 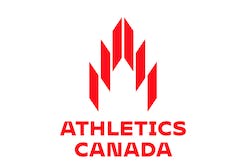