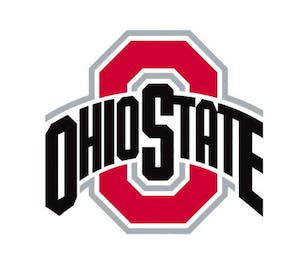 When Ohio State University football season tickets for the 2022 season go on sale Tuesday, the program's new seat contribution model will be in place — requiring a donation to purchase prime seating, but lowering the cost of the lowest-priced seats by more than 20 percent.

As reported by The Columbus Dispatch, the new system requires donations by fans for the right to purchase season tickets in prime locations at 105,000-seat Ohio Stadium, with donations to the Buckeye Club supporting scholarships for OSU athletes. When Ohio State first announced the "per-seat contribution" model in February, the lowest-priced season ticket for its eight home games was $710. With Thursday's announcement, the lowest-priced ticket dropped to $559.

“We are looking for more opportunities for our fans to experience Ohio State games, and lowering ticket prices is a way to accomplish that,” athletic director Gene Smith said in a prepared statement Thursday, as reported by the Dispatch. “We’re grateful for our fans who came back to Ohio Stadium this year to support the Buckeyes. We have an outstanding home schedule next year and we want to help as many fans as possible experience Ohio Stadium and the energy and traditions associated with Ohio State football.”

Under the new model, season-ticket contributions range from $100 to $1,500 — beyond the cost of the ticket itself — depending on seat location. Ohio State has said the majority of seats will have an annual per-set contribution of $250 or less, and nearly one-third of current season-ticket holders will pay less for their same seats under the new model.

There is no contribution required for those seeking season tickets in the most affordable zone, which consists mostly of upper deck seats in the north end of Ohio Stadium. Student season-ticket prices will remain unchanged at $34 per game.

Sales took an especially hard hit this year due to the pandemic, but non-student season ticket sales have declined each year since 2017, when Ohio State sold nearly 53,926 seats, according to the Dispatch. This year, Ohio State had sold 42,373 season tickets by its renewal deadline on July 1.>