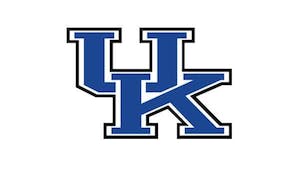 The University of Kentucky hosted a telethon that raised over $3 million in donations with matching funds to benefit victims of last weekend’s deadly tornadoes in the school’s home state.

Proceeds from the event will go to the American Red Cross. According to the Lexington Fox affiliate, the Kentucky United for Tornado Relief telethon raised $3,031,241 in four hours. The total included $50,000 from Ohio State men’s basketball coach Chris Holtman.

The event, televised by WLEX-TV with assistance from JMI Sports and streamed on the station’s and Kentucky athletics’ Facebook pages, included Wildcats student athletes and area head coaches volunteering to handle phone calls.

UK athletic director Mitch Barnhart thanked everyone involved and said in a release that it shows “the special bond that exists throughout the people of the Commonwealth.”

Barnhart added, “When you raise more than $3 million in four hours through the hearts of wonderful people who care so deeply about those who are hurting, it’s really special.”