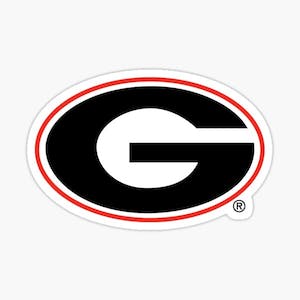 University of Georgia police are investigating an alleged act of financial fraud committed within the athletic association’s development office earlier this year.

As reported by The Atlanta Journal-Constitution, the police department opened an investigation Feb. 1 in response to a complaint filed by Ford Williams, UGA’s executive associate director for major gifts. Police suspect an unknown individual committed identity theft and fraud by using counterfeit info to solicit money from UGA donors and directing it into personal accounts. The amount of money involved was not included in the report.

“An unknown person unlawfully represented themselves as (Williams) by using their name and electronic signature to solicit unlawful donations via email,” police said in the initial report, the Journal-Constitution reported.

It is believed that the act was committed by someone employed in UGA’s development office, according to a person familiar with the situation.

UGA raised approximately $34 million in football ticket revenue as of Dec. 31, 2021, according to the athletic association’s latest treasurer’s report cited by the Journal-Constitution. The athletic department raises money from donors through two primary funds: the Magill Society, which has more than 1,100 members, and The Bill Hartman Fund, which is the longtime account for athletic ticket sales. A minimum donation is required for the right to buy Georgia football tickets. The Bulldogs, who are coming off a national championship season, sell out of their allotment of 60,000 season football tickets every year.

UGA Athletics maintains approximately $71 million in unrestricted assets, $61 million of which is tied up in investments through the UGA Foundation. Its budget for the fiscal year that ends June 30 is $150.5 million.

UGA officials did not respond to the Journal-Constitution's requests for comment.

During his monthly show, University of Nebraska athletic director Trev Alberts said that Nebraska's Go Big project, which was originally budgeted at $150 million, was approved by the NU Board of Regents to now be a $160 million project.
April 19, 2022

Fans and alums have provided unprecedented levels of support for Stanford University athletics in the past year to ensure student-athletes have access to and excel in all 36 varsity sports in which the Cardinal have traditionally participated.
April 5, 2022

The captain of the men’s rowing team filed a lawsuit against The George Washington University in Washington D.C. Superior Court on Friday, calling on a judge to require the university to reinstate the team as a varsity sport.
April 4, 2022

Following on a $90 million gift from the Harold Alfond Foundation, the Black Bears set a goal to raise $20 million over 10 years through private donation, with $3 million of that already in the bank prior to the start of official fundraising efforts.
April 4, 2022

University of California Davis senior Calvin Wong believes the university has the ability to fund athletics without receiving financial support from its students and has proposed a referendum to eliminate the fees entirely.
March 21, 2022

University of Georgia police are investigating an alleged act of financial fraud committed within the athletic association’s development office earlier this year.
March 1, 2022

The Aggies this week made another 50,000 shares of the New Mexico State football “stock” available for those who would like to invest in the program. The school has already sold 200,000 shares, bringing the total raised to $200,000 in just a few weeks.
February 8, 2022

Alcohol, once considered a taboo revenue stream for college athletic departments, continues to flow onto campuses in the form of direct sales and sponsorships, as illustrated by separate headlines today alone.
February 2, 2022

In an NIL deal believed to be the first of its kind, Grambling State University is positioning itself to pay each of its scholarship student-athletes an annual income.
February 1, 2022