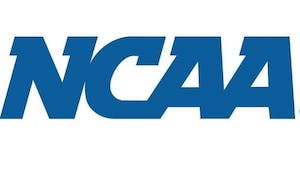 All three divisions have taken the procedural steps necessary to make specific changes if the new constitution for the association is approved at the 2022 NCAA Convention in Indianapolis on Jan. 20.

The Division I Board of Directors and Presidents Councils in Divisions II and III each met recently to take action to support these efforts. Their actions are designed to allow governance bodies to review division-specific legislation in the constitution and adopt legislation no later than Aug. 1, 2022. The action also would relocate that legislation to appropriate bylaws in each division's manual.

If adopted, the new NCAA constitution would be effective Aug. 1, 2022.

After the Association-wide vote on the new constitution, each division's membership will meet in separate business sessions to consider the resolutions or proposals.

Current legislation lists the revenue distribution funds and formulas as they existed in 1996. Additional funds have been added and the formulas have been altered in the past 25 years.

The revenue distribution legislation would reflect the additional funds that have been established (Academic Performance Fund, Equal Conference Fund and Student Assistance Fund) and the current proportionality and allocation. Both pieces of legislation will be considered at the Division I business session on Jan. 20.

After that business session, the Division I Transformation Committee, led by Southeastern Conference Commissioner Greg Sankey and Ohio Athletics Director Julie Cromer, will begin its work. That group is charged with making recommendations to the board for how to address Division I's most significant challenges and more effectively support current and future student-athletes.

The committee members will consider what it means to be a Division I member and how the division should be organized, what is the best process for making decisions, and how to better meet the needs of and set expectations for Division I student-athletes.

The Division II Presidents Council, at the recommendation of the Division II Management Council, formally sponsored its resolution for membership consideration.

In Division II, the work of moving and reviewing legislation will be accomplished by the Implementation Committee, which is charged with leading the division's work following the Association-wide vote on the new constitution. Co-chaired by Wisconsin-Parkside Chancellor Debbie Ford and Delta State President William LaForge, the committee will review the division's rules and policies and make recommendations to ensure that changes are consistent with the principles agreed upon in the new constitution.

The Division III Presidents Council sponsored a resolution for membership consideration. The council also formally voted to take a position of support of the new constitution.

Chaired by Fayneese Miller, president at Hamline, the Division III Constitution Advisory Council was formed in early September. It has provided support and feedback to the five Division III Constitution Committee representatives by conducting a review of the NCAA constitution's principles and examining the needs of the division. The advisory council will continue its work after the Convention as Division III strategically prioritizes its needs to address today's college athletics landscape in support of Division III student-athletes. It will make any recommendations to the Management and Presidents Councils.