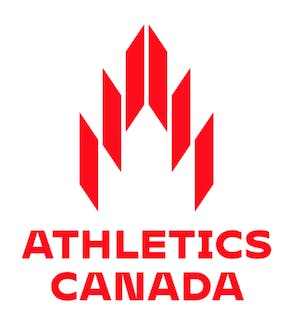 A former Canadian Olympic official who currently serves as CEO of Athletics Canada, the nation's governing body for running sports, is facing a complaint over racy Tweets posted over a number of days during last summer's Tokyo Olympics.

As reported by The Canadian Press, a national news agency based in Toronto, Dave Bedford said he was informed by Helen Manning, the chair of Athletics Canada’s board of directors, on Saturday about the complaint, and he removed the tweets later that day. He also made his Twitter account private.

“It’s a personal Twitter account, not AC’s Twitter account, and I’ve never tweeted anything inappropriate in my life. At no time,” Bedford told The Canadian Press, a national news agency based in Toronto.. “I have responded to others, I’ve commented on others that I find funny. But that’s about it.”

Bedford has held numerous executive jobs in Canadian sport over more than four decades. He was named CEO of Athletics Canada on April 1, 2019.

The tweets in question were sexual in nature. In one exchange, a woman alludes to oral sex. A tweet from Bedford's account responds, "You are killing me girl. Don't know whether to laugh or cry reading your tweets!"

In another, a woman remarks about not wearing a bra. A tweet from Bedford's account responds, "Always important to have a couple of firm, upstanding individuals."

"I've seen the tweets and I think they're gross," a member of Canada's track and field team told The Canadian Press, under condition of anonymity for fear of reprisal. "They definitely don't reflect the leader of AC in a positive light. He's the CEO, and the face of the organization, whether he sees it that way or not."

An emergency board meeting was reportedly called by Athletics Canada for late Monday, but no new develops have made headlines since.

"The interesting thing to me is that there's some suggestion that this compromises safe sport, and … I didn't abuse anybody, I didn't harass anybody. There's nothing like that here. I was just merely commenting on other people's comments that I thought were humorous," Bedford said.

"So, I guess people feel differently than I do. I don't see any corollary to safe sport issues, because there's no discrimination, there's no abuse, there's no harassment, there's nothing there. Some people just felt that it was inappropriate. I respect that."

Bedford had served as executive director, marketing and communications, of the Canadian Olympic Committee, and was responsible for developing and launching the Canadian team's "Paint the Town Red" promotional campaign prior to the 2010 Vancouver Olympics. A recipient of the Queen Elizabeth II Jubilee Medal, Bedford has also served on the board of directors for the Canadian Olympic Committee and Water Polo Canada, and was the chef de mission for the 2004 Olympic Games.

He was also the executive director of Team Canada for the 2018 Commonwealth Games, was the senior vice-president of business operations for the Toronto Argonauts and the 100th Grey Cup Festival.