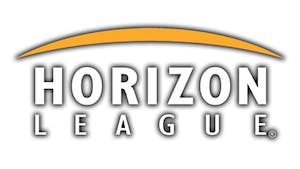 After less than a week of outcry by the University of Illinois Chicago, the Horizon League has reversed its decision — confirmed Feb. 9 — that UIC athletes would not be able to compete in conference championships based on a bylaw regarding schools intending to end their membership.

As reported by Sports Illustrated, the Horizon League restored the eligibility of UIC student-athletes for all winter and spring league championships on Tuesday, walking back the previous decision to ban the school‘s athletic programs from postseason play in response to the school‘s move to join the Missouri Valley Conference.

The league's board of directors opted to grant Flames‘ athletes a special exemption to compete fully for the rest of the year. The decision came just in time for the Horizon League swimming and diving championships, which open today and run through Saturday in Indianapolis.

“I credit our League’s Board of Directors for prioritizing UIC’s student-athletes despite UIC leaders’ continued actions regarding their move to another conference,” Horizon commissioner Julie Roe Lach said in a statement Tuesday, as reported by SI. “The response from UIC leaders has been disappointing, disingenuous, and inconsistent with our League values. At the end of the day, our League’s Board of Directors realized that UIC leaders were not going to take any action to restore eligibility for their student-athletes – including by making a simple request to the Missouri Valley Conference to enter in 2023. So our Board chose to exercise their authority to grant the student-athletes an exception to the agreed-upon bylaw.”

"We're very appreciative of the Horizon League's decision in this regard to benefit our student-athletes," Michael Lipitz, UIC's director of intercollegiate athletics, told WGN in Chicago. "I've talked to several of our student-athletes already today, and they're just overjoyed. They're thrilled to have the opportunity to finish out our remaining year in the Horizon League and have the opportunity to fully participate."

Lipitz said Tuesday that everything was being done to get UIC swimmers and divers where they needed to be. "Our staff is in the process right now of getting our transportation and our hotel lined up again, and getting out student-athletes to Indianapolis," Lipitz told WGN.