The NCAA Division I Women's Basketball Committee announced the five cities selected to host the NCAA Women's Final Four from 2027 through 2031.

The cities include four past hosts and one new location, with Columbus, Ohio (Nationwide Arena) chosen to host in 2027; Indianapolis (Gainbridge Fieldhouse) in 2028; San Antonio (Alamodome) in 2029; Portland, Oregon (Moda Center) in 2030; and Dallas (American Airlines Center) in 2031.

"The Women's Final Four is the premier women's basketball event in the country, and it's exciting to see the unprecedented amount of interest from cities to host in the future," said Lisa Peterson, chair of the committee and senior associate commissioner for sports management with the Pac-12 Conference. "The committee appreciates all the cities involved in the highly competitive bid process. When we crown a national champion in the selected cities, our student-athletes, coaches and fans will have enjoyed an amazing championship experience."

Columbus and Nationwide Arena previously hosted in 2018 in one of the more memorable Women's Final Fours that featured two overtime national semifinal games for the first time and a national championship game decided on a buzzer beater. Notre Dame captured its second national title when Irish guard Arike Ogunbowale etched her name into Women's Final Four lore with game-winning shots in both the national semifinals and national championship game.

Indianapolis has hosted the Women's Final Four three times previously in 2005 (RCA Dome), 2011 and 2016. In 2016, when the event was held at what was then Bankers Life Fieldhouse, now Gainbridge Fieldhouse, UConn (38-0) won its fourth consecutive national championship, a first-time occurrence in Division I women's basketball. With an 82-51 defeat of Syracuse in the national championship game that year, UConn earned its 11th title, tying the UCLA men's basketball team's all-time mark for Division I championships.

San Antonio has previously hosted the Women's Final Four three times, in 2002, 2010 and 2021. In 2021, because of the COVID-19 pandemic, San Antonio and the surrounding region played host to the entire 63-game NCAA Division I Women's Basketball Championship, which relied on a controlled environment. The Alamodome was the site when Stanford claimed the 2021 title in front of a limited capacity audience but was also the site in 2002 when the all-time Women's Final Four attendance record was set when 29,619 were at the national semifinal games and the national championship game.

Portland will be hosting the Women's Final Four for the first time in 2030. It will also mark the first time that the event is conducted in the state of Oregon. Portland and the Moda Center previously hosted NCAA Division I Women's Basketball Championship regional play in 2019, was set to host in 2020 before the cancellation of the championship and will do so again in 2024.

Dallas, which is already preparing to host the Women's Final Four and the Division II and III women's basketball national championship games in 2023 (March 31-April 2), will be hosting for a third time in 2031. In 2017, the American Airlines Center played host to one of the biggest upsets in Women's Final Four history when Mississippi State ended UConn's historic 111-game winning streak in the national semifinals. Bulldogs junior guard Morgan William's jumper at the overtime buzzer gave the Bulldogs a 66-64 win that also ended a 28-game NCAA tournament winning streak by UConn. South Carolina went on to win its first NCAA national championship that season, defeating Mississippi State in the title game.

The NCAA Division I Men's Basketball Committee selected four sites to host the 2027-2030 Men's Final Fours, mixing in a city that by the end of the decade will have tied the record for most Men's Final Fours hosted in the history of the event with three other metro areas that combined have hosted just a trio of them.

"We are excited to bring the NCAA's premier championship to Las Vegas, a city that for a number of years has hosted numerous championships from several member conferences," said Chris Reynolds, athletics director at Bradley and the chair of the committee. "The feedback from leagues, the fans of their teams and the media covering the events staged there has been overwhelmingly positive, and we are confident we'll get the same reviews when the Men's Final Four is played at Allegiant Stadium."

Before going to Las Vegas, the Men's Final Four will return to Detroit in 2027. Ford Field was the site of the 2009 event, including a national championship played in front of 72,922 fans, which ranks fifth all-time. Ford Field, which was the first venue to use the in-the-round seating configuration for the Men's Final Four, also holds the attendance record for most fans at a regional semifinal session (57,028) and regional championship game (57,563). Detroit will also host the Midwest Regional in 2024, which will mark the ninth time the city and the surrounding area (Auburn Hills, Pontiac) will have hosted a preliminary round of the tournament.

Another building set to stage its second Men's Final Four is AT&T Stadium in Arlington in North Texas, which held the event in 2014 and was selected to host in 2030. It will be the third Men's Final Four in the region; Dallas hosted it in 1986. AT&T Stadium owns a clean sweep of Final Four attendance records, having drawn 79,444 fans to the national semifinals and 79,238 more to the championship game for a two-session total of 158,682. The region is no stranger to hosting March Madness. Arlington, Dallas, Denton and Fort Worth have hosted men's preliminary rounds on 20 different occasions, and Dallas is set to host the 2023 Women's Final Four and the 2024 men's South Regional, as well.

"We were really impressed with how the presenters from Detroit and North Texas rebounded from the disappointment of not being awarded a Final Four in the previous cycle and put their best foot forward during this entire process," Reynolds said. "These communities should be proud of the leadership displayed by everyone involved with making these bids and ultimately earning the privilege to host an event of this magnitude. Both will be great locations at which to play the Final Four."

The first Men's Final Four was conducted in 1939, and the 90th will be held in Lucas Oil Stadium in Indianapolis in 2029. That will mark the 10th time a team has hoisted the national championship trophy in the city, tying the record currently held by Kansas City. Indianapolis first hosted the Final Four in 1980, then did it again in 1991. But in the past 25 years, the city has hosted six more times (1997, 2000, 2006, 2010, 2015 and 2021) and was previously selected to host in 2026, as well. Indianapolis' history of hosting the tournament dates to 1940, and preliminary rounds of the championship have been played in the city on 18 occasions, including eight times this century. The city is also scheduled to host first- and second-round games in 2024 and the Midwest Regional in 2025.

"It's been said many times about how coaches, players, fans and media love coming to the Final Four in Indianapolis, but I don't think you can overstate just how much everyone enjoys their experience when they go there," Reynolds said. "The people not only embrace major events, but they don't take a single thing for granted. Every time this event is up for bid, anyone involved with the process approaches it with incredible energy and with an urgency that demonstrates the community's desire to serve as a regular Final Four host."

The committee previously awarded the 2023 Men's Final Four to Houston, while Phoenix will serve as host in 2024 and San Antonio will stage the event in 2025. 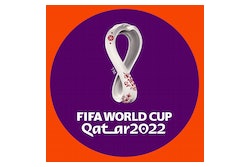 The District of Columbia is suing the Washington Commanders for the second time in as many weeks — this time accusing the NFL franchise of scheming to cheat fans out of ticket deposits.
November 18, 2022
Page 1 of 44
Next Page
AB Show 2022 in Orlando
AB Show is a solution-focused event for athletics, fitness, recreation and military professionals.
Learn More
Buyer's Guide
Information on more than 3,000 companies, sorted by category. Listings are updated daily.
Learn More