Outfield fencing wasn't the only thing uprooted by the fatal EF-3 tornado that touched down shortly before 2 a.m. on April 25 in Ruston, La. Louisiana Tech's associate athletics director of internal operations at the time, Adam McGuirt, was on the scene within the hour to survey damage to Tech's facilities — including a softball scoreboard ripped in two, a perforated concrete baseball stadium roof and a small soccer press box that was never seen again — and within six weeks he personally found himself in an entirely new place professionally. In July, AB senior editor Paul Steinbach asked McGuirt, who on May 29 was named the university's first-ever director of disaster recovery and strategic initiatives, to sort out the details of his shifting duties in the disaster's wake.

Where we you when the storm hit?
I was at home with my family. We have sirens in town that go off when we have severe weather, so my wife woke me up and said, "Hey, we have some bad weather coming." I have three children and we all gathered in the hallway, and the tornado actually passed very close to where we live, and thankfully we were unharmed and didn't suffer any damage.

Was the tornado close enough to hear it?
It was. It sounded different, but I didn't know exactly what it was at the time, because the forecast did not call for the severe weather we ended up with, but literally five or six houses down the street from me there were pine trees on the house and severe damage.

How soon after the storm were you able to see for yourself what it had done to the Tech campus?
Immediately after the storm came through, I received a phone call from our associate AD for communications, Malcolm Butler. He texted me a few pictures, and immediately I left my home. I attempted to get out of my neighborhood and go the way I would normally go to work and couldn't do that, and then I had to dodge trees and downed power lines as I made it to campus. Within 30 minutes of the storm coming through, I was at our softball and baseball fields, looking at the damage.

What was your reaction upon seeing for yourself?
It was straight disbelief. You see this type of damage on television, but it doesn't normally happen to you. It was awe — but not awe in a good sense — of the magnitude of what had happened. That's the best way I can relate it. As daylight came, it really sunk in how severe the damage was and how fortunate we were to not have more lives lost on our campus and in our community.

Can you describe the worst of it?
The roof at the baseball stadium was made of concrete, and there were 600- to 800-pound pieces of the concrete roof that had been picked up and thrown 100 feet out into the intersection that borders the field. Pieces of roof were collapsed down into the stadium. All of the netting gone. Outfield fence gone. The scoreboard was on brick columns and it was broken off and laid over into the field. Debris all across the field. Light poles leaning. Lights down. I had been part of renovations and upgrades to all of these facilities, and so just seeing all that damage was very impactful.

Has a dollar figure been applied to the damage?
We're still estimating that right now. The athletics facilities were hit the hardest, but also we had a damaged basketball court and roof at our intramural center. Some damage around the swimming pools. And then we had an additional 40 or so buildings on campus, mostly housing units, that had damage to them. All in all, we're probably at $25 million to $30 million as it relates to campus alone.

How did the idea of switching job titles hit you?
As you know, in the athletics world we're always challenged day-to-day with the things we face. It gave me a new challenge and kind of a new path. It gave me a new opportunity to work with different people on campus — still be involved with athletics, but report directly to the president. There really wasn't any hesitation in taking the job. It was exciting. Again, somber in the moment for what we were dealing with — not to lessen that at all. From 3:30 in the morning until I was offered the position a week and a half later I was kind of doing some of what I'm doing now, just because it was all hands on deck. We were just operating, reacting to how things were going rather than a standard operating procedure, because we had not had this before. It's a great opportunity to create my own path, if you will, in this role, because obviously we haven't had this role before.

Was there an emergency-response protocol in place?
Absolutely. There is an emergency response team. There are protocols that are part of responding to any type of emergency. We had not had a tornado, so that changed some of what we're responding to. Our president, Dr. Les Guice, has a senior leadership team and other members of that emergency response team that are in strategic areas across campus. I was not typically on that team prior to the storm. We met that morning at 6:30, because at that point you're dealing with canceling school.

What was on the to-do list?
That's a good question. It's kind of a blur. We were all doing different things, but it really began with identifying damage. With the path of the storm, it could have been so much worse. We're tremendously thankful for that. But we were checking on our students, making sure everyone was okay, looking at our operations, working with the city and other agencies to restore power to campus. How do we take care of some of the debris that is there? Who can help us with that? I can tell you for five straight days it was nonstop — just going and going.

How about for you personally?
Those three to five days immediately following the storm, I was working with a structural engineer to identify the damage to the baseball stadium. We condemned the baseball stadium that morning. We taped it off. We then had to secure fencing to keep people off of that field.

How would you describe the campus response at large?
I can't begin to paint the picture for you of what it looked like, even that morning. By 6:30, when daylight hit, there were students and community members out trying to clean debris, just doing everything they could to try to help out. And so it went from being overwhelmed by the damage and what we're up against to being overwhelmed by the outpouring of support — and really truly being inspired by those efforts.

How many Tech students got involved?
Every year we do something called The Big Event. Different student groups, students, student-athletes, they all come together, meet at the football stadium and then go out and do community service projects. That was already scheduled for that Saturday — within two days. We made the change to where that was internally focused, so we would clean up campus, and we had more than 1,500 people show up that Saturday morning. Keep in mind, a lot of the people who came that morning did not have power, but they came. Our mayor was there, spoke to our student body, then we all dispersed, picked up trash, picked up debris, moved stuff to the edge of the road so that it could be picked up by different agencies. The outpouring of support was impressive. Again, that just shows the resiliency of our city, of our campus. The attitude still remains one of "How do we get better?" There's really not a "woe is me"-type attitude out there. "It happened to all of us. We'll make it out of this."

Which sports have been displaced?
Baseball, softball and soccer for sure. Tennis right now is displaced. The damage is extensive but it's contained, so I think we can get it turned around fairly quickly if our processes go like we want. Track and field does not have the lighting, but I think we can get them to where they can still practice and compete.

Is relocation of the teams under your purview?
It is not. The person who filled my associate AD role is working with the coaches on that. So the intent of moving me over to this position was to allow me to focus on the recovery and rebuild and put forth the efforts there, and not the day-to-day work that's going on in the athletics department.

Have you reached out to sports architects about new facilities?
Our state has something set up to where we could do an emergency selection of an architect. We advertised for that and had 12 firms submit proposals, and then the state board selected Tim Brandon Architecture in West Monroe, La. They did our end zone facility — the Davison Athletics Complex — and the press box at Joe Aillet Stadium. They worked on our baseball stadium before — a locker room renovation. So we have them, and then they contracted with Populous as a consultant. So they're involved in the process right now, and so while we are working with FEMA on the repair and replacement estimates, we're also working on potential new designs with that team, as well.

This article originally appeared in the September 2019 issue of Athletic Business with the title "Louisiana Tech administrator takes on disaster recovery." Athletic Business is a free magazine for professionals in the athletic, fitness and recreation industry. Click here to subscribe. 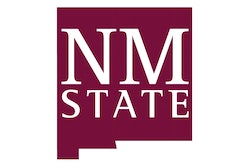 If anyone understands the nation’s sports officiating crisis on a personal level, it’s Pete McCabe. The 35-year field veteran was nearly killed in 2009 when...
November 21, 2022
Page 1 of 44
Next Page
AB Show 2022 in Orlando
AB Show is a solution-focused event for athletics, fitness, recreation and military professionals.
Learn More
Buyer's Guide
Information on more than 3,000 companies, sorted by category. Listings are updated daily.
Learn More