Cities and recreation departments have been slashing services and staff, struggling to operate within their budgets without sacrificing programs. 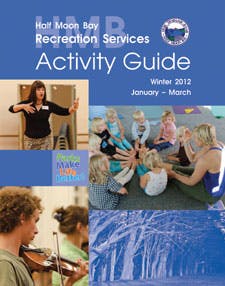 The changes to the Half Moon Bay recreation program are easy to spot in the new recreation guide, the first such publication in years. (Image Courtesy of Stuart Nafey)

Cities and recreation departments have been slashing services and staff, struggling to operate within their budgets without sacrificing programs. For many, the situation is only getting worse, with many departments hard-pressed to find ways to stay in business.

With a staff consisting of two employees and a budget bordering on nonexistent, the City of Half Moon Bay, Calif., didn't have a lot of options remaining when it sent out requests for proposals to take over operation of its recreation department last year. The city was expecting responses from organizations like the YMCA or Boys & Girls Clubs of America, but the winning bid ultimately came from the City of San Carlos recreation department, just a few miles up the road.

"The City of San Carlos had gone through some significant changes where we had recently outsourced our police, fire and park maintenance," says recreation director Doug Long. "We have service providers helping us out with our services, and we decided in this case that we may be able to do the same thing with a neighbor. I drafted a proposal and submitted it."

Under the agreement between the two cities, the San Carlos recreation department has taken on all the administrative duties associated with Half Moon Bay's recreation operation - scheduling classes, finding instructors, providing office hours and employing facility staff. Half Moon Bay pays for the printing of program guides three times a year, but all other expenses - and revenues - are handled by San Carlos. "It's an incentive for us to offer as much as we possibly can," says Long. "For San Carlos, any money that we make goes into our general fund, and any programs Half Moon Bay gets is programming they otherwise wouldn't."

Though his staff now serves two communities, Long stresses the need to remain cognizant of each city's identity. "We're not just wanting to carbon-copy San Carlos programs. We want to keep them relatively separate. Half Moon Bay is a unique community; the facilities and even the weather are different," says Long. "We provide customer service through San Carlos. When someone answers the phone, they say, 'Recreation department.' Pretty generic. There's no real identity crisis."

San Carlos recreation workers also drive to Half Moon Bay to hold office hours, about 20 a week. The Half Moon Bay recreation guides make no allusion to San Carlos, nor vice versa, and separate websites are maintained for each.

"I think the biggest challenge that we've had is to reeducate people that we are here and recreation services still exist," says Long. "Over the past five years, services were cut. It's about getting people to realize that we're here and trying to develop programs."

Residents of Half Moon Bay need look no further than the winter recreation guide to see evidence of change. The publication of a guide is something the city hasn't seen in many years, and the new edition includes familiar programs but also features classes in Zumba, gymnastics and video production. "Our hope is to get the program back to what it was in its heyday, when there were swim lessons and summer camps and a variety of different programs," Long says. "We want to ramp that up over the next 18 to 24 months."

San Carlos effectively runs two separate recreation programs using one department. The agreement works well for them, but as Long cautions, "One size doesn't fit all."

The Michigan cities of Eastpointe and Roseville also have teamed up to provide recreation services, and for them, a different kind of partnership made sense. "We're neighboring communities," says Roseville recreation director Tony Lipinski. "We already do a few programs together and a couple of events as it is."

In August, the two cities formed the Recreational Authority of Roseville and Eastpointe, a committee charged with outlining a plan to combine the two departments and presenting it to the community, which voted in favor of the plan in November. Under the new combined department, the more centrally located Roseville recreation center will host programming for both cities, with upgrades and an expansion planned to accommodate the increased use, and the recreation center in Eastpointe might eventually close. Both cities contribute to one budget that supports the recreation authority. "With the combined communities, we can create a better budget for the department," says Lipinski. The cities will save money by sharing their resources, and while the merger also means staff cuts, Lipinski thinks the new department will be better off. "When I say 'reduction of staff,' " he explains, "we've already been cut back to bare bones, so it will be nice to obtain some staff from Eastpointe to be able to run programs."

Restructuring a recreation program isn't easy; it often means lost jobs and changes to services, and many city residents fear the possible loss of autonomy or identity. Once established, the Recreational Authority of Roseville and Eastpointe had little more than a month to write the language that would appear on the November ballot, get it approved by both city councils and the state, and then convince residents to vote in favor of the partnership. The plan met its share of resistance, but for the most part, Lipinski says people understood its importance. "If we didn't pass this authority," he says, "there would be some other drastic measures taken. Not to say for sure we would close, but we would have to make cutbacks and look for other sources of revenue."

Long has heard from other recreation departments, some interested in contracting with San Carlos, others curious to learn more about how the agreement works. This March, he will speak at a recreation conference in California, discussing his city's service models. "It's going to be a debate on regional services being the new normal - how this is going to influence how we move forward as we re-create ourselves," he says. "There are a lot of cities that are under economic stress and trying to figure out ways to sustain services for not only the short term but the long term."