It's a situation any administrator or facilities professional dreads: a court-storming gone wrong. And that's exactly what happened Thursday night in Orem, Utah, after Utah Valley knocked off New Mexico State to remain atop the standings in the Western Athletic Conference.

As you can see from the video, as the final seconds wind down, a New Mexico State player appears to throw the basketball at a player from Utah Valley. This sent the players into a skirmish at the same time the fans came streaming onto the court. The result was ugly. You have players and fans fighting and coaches caught in the middle. NMSU's Daniel Mullings had to be restrained and taken off the court by two men.

Court-storming has been a hot topic in college athletics for years. AB's Paul Steinbach wrote about the issue back in 2006 and Emily Attwood just wrote a feature story on organizing a safe court-storming celebration last month.

"Our strategy was two-fold: Protect the visiting team and coaches, and protect the officials," Mike Caruso, Texas A&M's associate athletic director for events and game operations told Attwood. "We had a person assigned to every official, and then had our staff form a human barricade in front of the visiting team bench so they had a clear exit path to get from their bench area to the locker room."

Of course, this isn't the first ugly incident that's occurred when fans rush the court or field. One of the scariest incidents that comes to mind was the Missouri student who was hospitalized after being punched in the face by a Nebraska player following a Mizzou win over the Cornhuskers.

When it seems like court-stormings are happening on an almost nightly basis, what can be done to keep players and fans safe? We want to hear what tactics you're using. 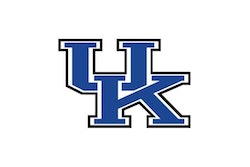 Emergency responders were called to Highland Park in the town of Union at about 12:05 p..m. Friday for a reported drowning. When they arrived the boy had already been pulled from the pool by lifeguards who were performing CPR.
June 20, 2022
Legal

The Michigan Supreme Court on Friday rejected a final appeal from sports doctor Larry Nassar, who was sentenced to decades in prison for sexually assaulting gymnasts, including Olympic medalists.
June 17, 2022
Safety & Security

A Golden State Warriors fan has been banned from San Francisco's Chase Center for posing as Warriors shooting guard Klay Thompson and participating in a shoot around for about 10 minute prior to Monday's NBA Finals game.
June 15, 2022
Page 1 of 211
Next Page
AB Show 2022 in Orlando
AB Show is a solution-focused event for athletics, fitness, recreation and military professionals.
Learn More
Buyer's Guide
Information on more than 3,000 companies, sorted by category. Listings are updated daily.
Learn More