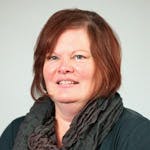 Vivian Marinelli, senior director of crisis management services for FEI, has worked in direct clinical services, specializing in trauma and grief counseling, for more than 17 years.

When thinking of resiliency and sports, most people will get a picture of a Major League Baseball team pulling out a win in extra innings when they're down by three, or an NFL team returning to the field after halftime with a score of 21-0 and coming all the way back to victory.

There is an old saying in sports that 90 percent of performance is psychological. Our thinking influences our choice of action. Resiliency is being able to change your thinking in order to believe in a positive outcome. In team sports, it's not just one individual's thinking, it's the combined effort of the team.

There is another team for which resiliency is even more critical — the emergency response team (ERT). This team spends most of the time on the sidelines and is only activated if and when something goes wrong. Although always ready to respond to any type of crisis, the reality is that for the majority of the time, ERT personnel are responding to minor incidents. Yet when a disaster does occur, team members need to bring their A-game and respond with the least negative impact on themselves and the organization. Easier said than done.

How does the ERT — which is made up of individuals whose main responsibilities on any given day run the gamut of guest relations, gameday communications, premium seating concierge or parking attendant — utilize these team members most effectively during an emergency response and remain resilient?

What is resiliency?
Within emergency management, the word "resilience" is used to describe the capacity of people, organizations or systems to adapt to changing conditions and rapidly recover from disruption due to emergencies. Each individual has an innate level of resilience that can be further developed through training. The challenge is ensuring the ERT incorporates the overall concepts of resilience into its existing emergency planning and preparedness in order to improve on the resiliency of the entire team.

It starts with recruitment
Some organizations have the benefit of recruiting their ERT director based specifically on their needs and in conjunction with the Incident Command System (ICS). For many others, the ERT is an afterthought, and the team leader may not even be a full-time position. This in addition to the fact that many of the support positions will be filled by temporary staff who work with the ERT only during the season. These individuals will not have the benefit of the trust and working relationships that are built throughout the year and prove critical during an emergency response. Knowing who you can depend on, and for what, is something that is developed over time and through experience. 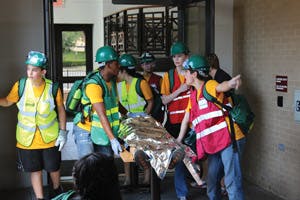 Training and exercises
When we don't have the luxury of time and team development with regard to the entire ERT, we can improve resiliency by providing training and exercises. Five training topics might include:
1. ERT management and response
2. Support staff response
3. Crisis communication
4. Psychological first aid
5. Improving personal resilienc

Having an understanding of the roles and responsibilities of team members can greatly reduce stress on the team and therefore increase resiliency. For temporary staff members, understanding the basics of a crisis response and their responsibilities within it will be critical to a successful response and the resiliency of the team and the organization. This training needs to highlight the ERT, coordination of the support staff with the ERT, and integration of the community's first responders.

Practical exercises utilizing real-life crisis scenarios based on the potential threats for the organization allows the ERT to test its response plan in a low-stress environment. A tabletop exercise is an excellent way to identify gaps in the plan. It also provides team members an opportunity to review their responsibilities and suggest improvements as needed.

As indicated earlier, typically there are many temporary staff members who will provide support to the ERT in the event of a crisis, but the majority of them will not have had the benefit of the trainings or exercises. How do we ensure their resiliency during and after a crisis occurs? 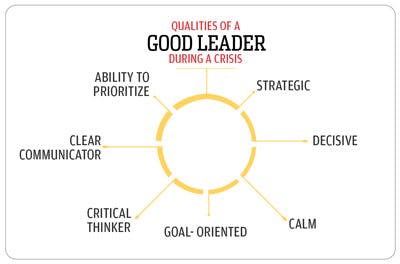 Leadership during a crisis
The ERT, as well as all support staff, need leadership they can rely on to provide the structure and oversight necessary to control the response. Think of this as the manager or coach of a sports team. During a game, the coaching staff is constantly assessing and making critical adjustments to the plan of attack in order to have a successful outcome. The Incident Commander during a crisis event takes on these same responsibilities, but with a lot more at stake. Qualities of good leaders during a crisis leader include being goal-oriented, decisive and strategic, and the ability to prioritize, communicate clearly, think critically and remain calm.

You may notice the word "resilient" is not included in the list. That is because all listed qualities contribute to an individual being resilient in emergency situations. Additionally, when the ERT has a strong leader who provides structure along with a sense of command over the response, the probability of the team's ability to remain positive, and thus resilient, is greatly enhanced.

Communication needs
Even with strong leadership, an emergency response can fail if communication efforts are insufficient. Information is key during a crisis, and communicating the correct information at the time needed is critical to crisis-management success.

Prior to a crisis, having a clearly defined communication strategy, a compilation of all necessary contact information and an understanding of how the overall process will support a response is the easiest way to reduce the chaos that accompanies most crises. Make sure your plan is up to date and includes these key elements. Knowing who to contact, when and why, along with the information that needs to be shared, will expedite the response and reduce stress.

Timely communication is also a way the organization maintains its resiliency. Most organizations will have a member of their communications team as a liaison with the ERT in the Emergency Operations Center (EOC). This connection is critical for the organization to stay connected with the public and stakeholders, and allows the organization to share information on its role during the response and the actions it is taking to resolve the situation. During the Boston Marathon bombing, for example, both the Boston Athletic Association and the Boston Police Department quickly began posting information on Twitter regarding the situation — including road closures, reunification areas and updates — which helped reduce panic and lessen the chance for misinformation.

Resiliency and recovery
The ability to increase personal resiliency starts with bringing the right team members together, but it doesn't stop there. Enhancing the team's ability to maintain a positive outlook during very difficult situations involves having an emergency response plan that is dynamic and appropriate for the organization, along with proper training and exercising.

Individual resiliency will also be improved throughout a response by a number of factors including:
• Task assignments
• Scheduling
• Monitoring
• Briefings
• Shift debriefings

Think about a sports team. If a player is assigned a position that either is outside his or her skillset or is not challenging, he or she will not excel. If players are not provided rest periods or adequate refreshment, they could begin to experience muscle cramping or physical stress. These same challenges are evident during a crisis response, but many ERT members will attempt to push through in order to continue with the response. This is where the monitoring of the team will be most important. Monitors should be assessing how team members are functioning emotionally and psychologically during the response.

An ERT that has the experience of training together will have an advantage of knowing the personalities and daily interactions of each other and will be able to recognize when someone is stressed. With temporary support staff, it's more difficult to know what their "normal" is. Even with this challenge, training that includes recognizing signs of stress can help equip the ERT to support all staff members.

Providing updates on the response at scheduled times and during end-of-shift discussions provides the necessary communication to keep all team members informed of how the response is moving through to recovery.

The right planning and training, including periodic tabletop drills of your emergency response plan, prior to a crisis — and the support provided during — will result in both an increase in an individual's resiliency and the organization's ability to respond and recover from the crisis. Taking time throughout the year to review and practice your emergency response plan and keep your team members up to date will contribute to your organization's ability to bounce back after a crisis event.