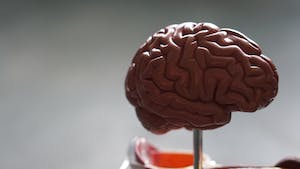 Former NFL player Phillip Adams who killed six people, including himself, in a shooting spree back in April had severe Chronic Traumatic Encephalopathy.

While doctors who studied Adams’ brain wouldn’t say that CTE was the reason Adams went on the killing spree, they believe the disease was part of the puzzle.

Adams also had prescribed amphetamines in his system at the time of the killings, as well as an over the counter drug called Kratom that can be a stimulant in small doses.

Dr. Ann McKee, a neuropathologist at the Boston University CTE Center, told reporters Tuesday at a press conference at the York County Coroner’s Office that Adams had “stage 2 CT”, noting that his “frontal lobe pathology” was “abnormally severe.”

McKee said that based on investigations, Adams suffered from memory loss, paranoia and impulsive behavior. Adams’ brain showed extensive damage when it was examined after his death. CTE can only be found after death.

“His 20 years of football gave rise to CT,” McKee said, according to The State.

McKee said that Adams’ CTE was severe for his age, 32, but would not go so far as to state that the CTW was the reason for the homicides.

“CTE might have contributed to his behavior,” McKee said. “It was clear he was developing paranoia, memory problems, and impulsive behaviors.”