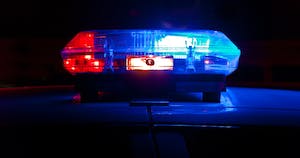 School and athletics leaders at a Midland, Texas, school were arrested in connection with an alleged hazing incident and accused of failing to report an incident with the intent to conceal abuse.

According to all five arrest affidavits, on or about Jan. 20, a student-athlete was sexually assaulted with a baseball bat in a locker room, KOSA-TV reported. The court documents allege the coaches and administrators knew about the sexual assault and were told to investigate the incident on their own without contacting law enforcement.

On Jan. 28, Midland police were made aware of a possible sexual assault at Midland Christian School. MPD interviewed the victim of the assault on Feb. 11.

A brutal story out of Midland Christian School. Multiple administrators and coaches have been arrested and charged with “Failure to report with intent to conceal neglect or abuse” of a sexual assault involving a baseball player.https://t.co/QJ7vtkamie

Investigators went to the school on Feb. 11 to talk to the superintendent who was out of the office. Instead, officers spoke with the principal of the secondary school who told them she was aware an incident was documented but could not provide any documents to police.

Later that day, MPD was able to search Midland Christian School with a warrant and found documentation of the assault that was created on Feb. 11 or Feb. 12.

In the affidavit, investigators also report finding emails between the coaches, administrators and initial complaints that allege the faculty members refused to report the assault.

In a statement to KOSA-TV signed by president for Midland Christian School Jason Stockstill, said the school is cooperating with law enforcement.

“The five administrators were notified of an alleged hazing incident involving some of our student athletes that resulted in school disciplinary action,” Stockstill said in the statement. “The physical, spiritual, and emotional safety of our students is the most important responsibility we bear as educators and one we take seriously.”

The school also said it would not comment further. “Under advice from legal counsel, this will be our only statement on the matter at this time,” Stockstill wrote.

Stockstill said the school has appointed “acting administrators” to supervise and maintain the day-to-day operation of the school.

KOSA-TV reported that the investigation is ongoing.