Communicating do's and don'ts on the fitness floor requires a delicate touch - sometimes. 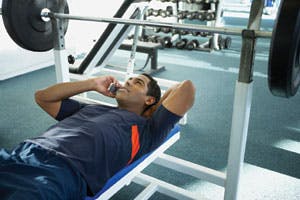 Let's get one thing straight: Sheri Minear isn't your mother. For that matter, neither is Chris Differding. But when the two fitness directors are confronted with discourteous, inconsiderate behavior on their fitness floors, they for the most part bite their tongues to avoid embarrassing a club member.

However, Differding, who also works as a personal trainer at The Clubs at River City in Peoria, Ill., says he's worked with trainers in the past who have been, shall we say, curt with clients who breach one of the generally accepted guidelines for club etiquette.

How do you handle a member of your club who leaves weights lying around or doesn't wipe up his or her sweat when the workout is done? With a soft touch - usually. "It is uncomfortable, it really is," Differding says. "You try to work around the issue, but sometimes you have to be blunt, and it can be hard to do. I've seen people say, 'I'm not your mother,' and it has worked. Members may take it badly for a couple of minutes, but usually they sit back and realize they're wrong."

You can nag, and you can pick up after the children. There are, however, other options: You can have a written etiquette policy in place, you can stress proper etiquette in orientation and assessment sessions, and you can post signs. Unfortunately, professionals on the floor say, these are not panaceas.

"We have a written policy on clothing," notes Minear, general manager of Lifestyles Fitness Center at Milford Memorial Hospital in Milford, Del. " 'Suitable clothing' must be worn in the exercise area, soft-soled shoes must be worn,

T-shirts at all times ... It seems very straightforward, but we still have issues with clothing at times."

Minear calls the subsequent discussions between her and underdressed members "more confrontational than anything else I have to do," since the very act of choosing clothing would suggest that the members believe it to be suitable. "In their mind, they're dressed appropriately," Minear says. "In my mind - well, you're doing those exercises on the floor and I can see everything. I didn't pay for that show."

Emphasizing etiquette during orientation is fine, Differding says, but in his experience it's the members of longer standing who are the bigger problem. "Oh yeah," agrees Tony Bieri, fitness director at Highlander Elite Fitness in Brookfield, Wis. "People who have been here for 10 or 15 years are set in their ways, and they're going to do what they're going to do. We still have people who don't wipe down the equipment no matter how sweaty they get it. I don't know if they think it's not their duty, or they think our people on the floor will jump in right behind them and wipe it down for them, or what. And, of course, we do."

Signs are similarly lost on many long-term members, Minear says, though her facility has signs posted by the wipes and spray bottles reminding members to clean up after themselves. Bieri's club likewise posts signs at cleaning stations and on individual pieces of cardio equipment, as well as reminders in the free-weight area to put away stray equipment. But as Minear says, "A lot of times, people have been here so long that they just kind of gloss over everything and don't notice anything new on the wall."

Fitness directors say that, of the three potential mitigators of the problem, bringing up etiquette during orientation has the greatest chance of combating it. Otherwise, they stay with that tried-and-true method of parenting: Nagging.

"The volume on iPods is a big problem," Minear says. "Just recently I had a young lady who had techno on her iPod, and I could hear her four treadmills down. You'd think the roar of the treadmills would be able to counterbalance it, but it was very loud. I did approach her and asked her to turn it down, and she was fine with that.

"Sometimes people take it personally. I try to explain that given the surroundings, it's important to be courteous to others, blah blah blah. And for the most part, since it's such a close-knit facility, it's not often a problem."

Adds Bieri, "Ninety-nine percent of the people just don't realize. We have a couple of older women members, and I don't know if they bathe in perfume or what. I had to approach one of them and say, 'We're getting complaints about your perfume.' It was the hardest thing I've ever had to do. She was pretty good about it. She's still got it on because I can smell it, but it's not as strong as it was."

Less personal, but equally annoying fitness center behavior includes loud grunting on the part of weightlifters, singing along to snatches of iPod music, monopolizing a piece of fitness equipment while others wait to use it, and walking shoeless directly from yoga class to the cardio floor. These are all fairly obvious don'ts - although some grunters are, more accurately, oblivious - and so generally easy to confront on an individual basis.

One growing area of discontent down on the floor is cell-phone use, as well as the use of earpieces now in vogue among those who prefer to transact business wherever they happen to be. While restaurants post signs asking people to shut off their ring tones, and theaters begin each show with a reminder to avoid rude behavior, the fitness industry is still learning to live with it.

Beyond the fact that talking loudly on a cell phone can irritate anyone within earshot, Minear says that such conversations add to the problem of people hogging equipment while they gab away - especially ellipticals, which have become ground zero in the phone culture war.

The rise of cell phones and iPods, fitness professionals say, has contributed to a significant change in the health club social dynamic. Whereas the tennis club was once as much about getting together with friends and chatting after a match, club-goers today are more isolated - by choice - meaning that a talkative neighbor on the next treadmill is no longer really welcomed, or even tolerated. "You can see how the other members react to it," Differding says, particularly when they come to the office to complain.

Minear's facility is located in a hospital setting, which prevents cell phones from getting reception in most areas. And still, she says, the problem persists.

"Two years ago I never saw it at all, but now everybody's attached to their phone," she says. "I have probably six or eight members who have the earpieces, and they talk. We do tell them to leave cell phones in their locker. But, you know - people don't listen."