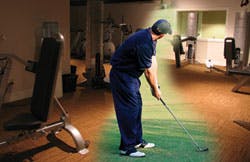 In the view of Mark Campbell, general manager of the Omaha Field Club, he's got 11 real competitors - the other private country clubs in the Omaha, Neb., metro area that draw members from among the 700,000 people who populate the region. And yet, pressed about the club's recent renovation of its pool facilities and first-time addition of a fitness center, Campbell concedes that the changes have had a direct impact on area health clubs and other purveyors of wellness.

"We've heard from a lot of new members, 'You know, I had been tempted to join but the pool is only open 100 days - but when you got fitness, that's what put me over the edge,' " Campbell says. "We have also had some longtime members tell us they've dropped their health club memberships now that we offer fitness."

The idea of "finding a niche," something that's integral to the success of for-profit health clubs (see "Mind Over Muscle," p. 66), seems almost redundant when applied to nonprofit, private country clubs since they already have a niche - golf. But the process of differentiation from their competitors is much the same, even if private country clubs have gradually taken on a resemblance to health clubs, recreation centers or YMCAs more than to public facilities whose specialty also happens to be golf.

"Fitness is more of an expected amenity now in the private golf industry than it was 15 years ago," Campbell says. "There's so much time pressure on families these days that unless you can hit a lot of their needs - swimming, golf and fitness - and get them to understand the value of an investment in a private club, then you risk losing them. If we can give them as much of what they need in one location, that makes us a more competitive alternative to other private country clubs, city golf clubs, YMCAs or health clubs."

Country clubs can seem a bit anachronistic - the Omaha Field Club opened in 1898 as a cricket association - but they have managed to reinvent themselves just as health clubs shook off the specter of Olivia Newton-John in Danskins and leg warmers. The primary sales pitch has for years centered on golf, but the reality is that family and golf can only coexist assuming the existence of a stay-at-home spouse with a very long fuse or a live-in nanny. Country clubs figured this out in the 1960s, as swimming pools became standard amenities that served the rest of the family for the whole afternoon.

The era of the dual-income family hastened the transformation of the country club from an escape from family obligations to a celebration of them - or, perhaps, merely transformed the sales pitch. In either case, the exclusivity of most private clubs dovetails nicely with the idea of an oasis for the whole family (yours) and the community network of families (like yours). For some clubs, exclusivity is simply a function of high membership dues, whereas others require that prospective members be invited by current members.

It is only in such a competitive climate that a facility like the Omaha Field Club can charge an initiation fee of $1,375, a monthly fee of either $270 or $315 per family (depending on whether you want one vote or two on membership issues), and a $300 food-and-beverage minimum every six months, and still claim to be the area's "workingman's club," in Campbell's words. "We're not the premier club," he says, noting that dues at Omaha Country Club and Happy Hollow Club are double what his club charges. "Those are the old-money clubs, and there are a couple new ones out in the western suburbs that are the nouveau-riche clubs. We're family-oriented and affordable."

And those first-year investments of $5,200 to $5,800 per family - the floor for a golf membership - didn't pay for the Field Club's $700,000 expansion, even though the stated rationale for the initiation fee is "to help fund future Club improvements," according to the club's web site. Each member paid $900 toward the project, with so-called "legacy members" offered additional benefits in return for an expansion payment of either $2,500 or $5,000. (That's nothing - Happy Hollow's members in 1992 paid more than $6 million to replace that club's pool, resurface its tennis courts, add golf and tennis pro shops, renovate the clubhouse and cart barn, add a fitness center and practice putting green, and expand the parking lot.)

"We lost some people," Campbell says of the members who balked at, and voted against, the additional expense. "We anticipated as much as a 20 percent reduction in our membership, but we saw a drop of only about 10 percent. Our normal attrition rate at the end of a year is about 7 percent, so it wasn't much more than what we usually lose. We're very pleased in that regard."

Response to the fitness center among the remaining 625 dues-paying members has been positive and, as noted, the changes to the physical plant (which included new locker rooms, dining areas, a kitchen and a full-service bar that serves pool users) are helping attract new members. "People come for golf first, and then we have a very strong social membership - we have almost as many social members as golf members," Campbell says. "Part of the reason we added fitness was to offer those social members, many of whom are members because of the swimming pool, an additional amenity - something to justify the expense."

The Omaha Field Club is the only established private club that remains within Omaha's city core, giving it a special niche within its golf niche. Its swim team, 260-strong and flourishing, is another. Many of its members drive from 30 minutes out, while a good number pass it on the way home from the downtown and midtown business districts. The club is counting on its new fitness programming, such as Pilates and yoga classes, to help attract members who might not have five hours to spend on the links.

Campbell, for one, doesn't see the expansion as an expense he must go out of his way to justify. "Making improvements is important, because everybody else is improving," he says. "If you're not improving, your facilities are deteriorating - one way or another. It's just the nature of things."