As the nation's economic prognosis worsens, fitness center operators must take these seven active steps to ensure the continued health of their facilities. 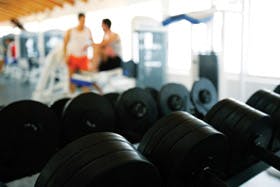