The road to excellence began five years ago for Fort Rucker (Ala.) Youth Sports and Fitness. Randy Tolison took over as youth sports and fitness director, bringing with him a fresh perspective to rejuvenate the program. "The program looked good from the outside, but it was a little stagnant on the inside," says Tolison. "The staff on board was doing okay, but it appeared that they were satisfied with just being okay."

That's when Tolison gave staff members a challenge that would greatly improve the program's offerings and service to the community. "I set the goal of becoming the best in the Army," he says. "I let them know that it would take a lot of hard work, some sweat, tears and maybe a little blood. I wanted them to focus on what we were providing our community and for them to be able to face the families we serve and know that they were providing a quality product. The staff jumped on board with me, and away we went."

Fort Rucker offers team sports, like basketball, football, baseball, softball, soccer and cheerleading in addition to their individual sports activities. The program also added individual sports activities, like jump roping, bowling and tennis, to draw in more participants, and increased marketing activities and visibility in the community by taking part in health fairs and open houses. "I believe that these changes have impacted our program because more families are aware of what we have to offer," Tolison says.

The department also offers Start Smart sports for baseball, basketball, soccer, tennis and flag football for children ages 2-5. Start Smart is a program offered by the National Alliance for Youth Sports as a safe and fun way to ease children into organized youth sports in a way that supports age appropriate motor skill development while getting children familiar with basic sport movements, such as throwing, catching and kicking. "We are fortunate to have the right personnel in place to help provide the youth with great facilities, coaches and uniforms," says Tolison. "Our staff takes pride in making a difference in the lives of our youth."

Another program, Healthy Habits, is an initiative of the Boys and Girls Clubs of America to teach youngsters about the benefits of healthful choices, like eating right and being physically active. Their curriculum covers topics such as learning about the food pyramid, portions, eating for energy and tips for eating away from home. "I feel as though this is a great program to present to our youth in a sports setting because it makes them aware of what it takes to be an informed, healthy and productive athlete," Tolison says. "Today's youth are inundated with a variety of not-so-nutritious foods as well as other extracurricular activities. This program provides an opportunity to help guide young people into making choices that will be positive for their future."

In 2012, Fort Rucker applied for the Excellence in Youth Sports Awardm making it to the final round of the application process. While the program was not selected as one of the winners, it was recognized with a prestigious Honorable Mention designation.

"We were excited to be recognized as an Honorable Mention recipient, however, I believed the staff received a shot in the arm with this status," Tolison says. "We realized that we were on the cusp of doing something unprecedented for our programs. I met with the staff, and we were determined to reach the pinnacle."

Motivated to try harder, the team sought feedback from patrons and made sure that they were providing a quality program that anyone would be pleased with. Says Tolison, "My staff and I regularly play pick-up games with the youth and receive feedback from them about what they would like to see offered."

The staff members also communicated with each other more often. These kinds of actions helped them to fine-tune their programming, resulting in being named a 2013 Excellence in Youth Sports award winner. "Being a recipient of this award is a tremendous milestone for our program. Five years ago, we had a lot of work to do to achieve this goal," Tolison says. "We are humbled, yet honored. As one of my staff stated, 'This is like winning the Super Bowl.' " 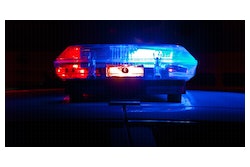