iClubs Recap: Independent Health Club Owners Need to Have the Vision to Lead

In his session, “Powering Up to Lead and Grow in Uncertain Times,” Chris McGoff, founder of the Washington, D.C.-based consultancy, The Clearing, and Author of “The Primes: How Any Group Can Solve Any Problem,” asserted that, to truly lead a company into the future, it is vital that a leader has a simple, concrete vision. That vision must be effectively communicated to the staff and embraced as a culture throughout the company.

He challenged the group to ask themselves two simple questions: “What am I trying to do with my business right now, and what is making that difficult?” The goal was to get everyone in the room thinking of tangible actions that can be taken by their businesses right at that moment, which could help them get to where they want to be. “Businesses that are killing it right now know the answers to those questions right away. They work on it, and ignore everything else.” 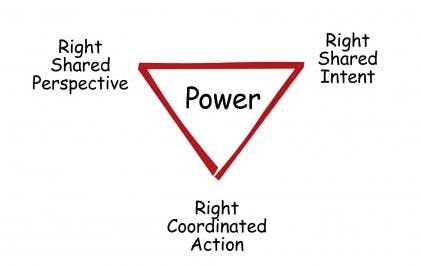 The goal of any company should be to get the most power, or ability to produce an effect, out of its organization as possible. "The status quo is cunning, ruthless and powerful. It takes a powerful group to break its back. Group power is generated and sustained through its alignment on perspective and intent, and the synchronicity of its action. Most groups have diverse perspectives, fragmented intent and take unsynchronized actions."

In order to foster a shared perspective within a company, a culture needs to be established which is disruptive to the  status quo. “You must create an easily understandable and transferable mission statement,” said McGoff. “Something that is simple and inspiring, which can be implemented unilaterally throughout a system.”

Culture is not enforced by leadership, but spread and enforced laterally through an organization by everyone involved, from person to person.

“Getting an idea or vision off the floor requires concentrating on the thirteen-percent of the business that are the early adopters,” he explained. “Once they are on-board, the 34% of early majority will buy in, followed by the late majority of 34%. That will give you critical mass.”

Shared intent is critical for success. In any dynamic organization, all members and moving parts need to be on the same page. The stumbling block for many organizations is not being able to mobilize as a cohesive unit.  McGoff drew upon a NASA shuttle launch as an example. Thousands of various moving parts are working on completely different tasks, but everyone is united in their ultimate shared intent of sending the shuttle into space at a certain time, and at a certain cost.

At no point during any of these conversations can a "Plan B" be accepted. "Plan B" is always essentially going to be the "as is."

In his book, McGoff writes: "Herbert Bayard Swope, first recipient of the Pulitzer Prize for reporting, said 'I can't give you a surefire formula for success, but I can for failure: try to please everybody.' Getting everybody to agree with everything, the typical definition of consensus, is a fool's errand. This working definition of consensus … works!" Consensus means everyone buying into the vision. There is no room for compromise or pragmatism.

Once shared perspective and intent are established, a business is able to take coordinated action.

Recall the question, “What am I trying to do, and what is making that difficult?” McGoff told the group that the leader must now ask, “What are the fewest and most important actions that can be taken right now, in order to absolve those difficulties?”

RELATED: Conference Recap: How Your Club Can Boost Retention Rates

"Regarding change, asking 'What is important to do?' is the wrong question. The right question is 'Of all the important things we could do, what are the fewest (1 to 3) actions that we could commit to that would break the back of the current state and set us on an irrevocable path towards our vision?"

This is accomplished, according to McGoff, by creating what he has coined, "The Clearing".

“The Clearing is a block of time that is clear of all outside distractions and the only thing that fills the space is what is essential to the outcome of the vision,” he told the group at the iClubs Conference. “Leaders need to focus on one or two things that will help bring vision to light every day. When they are done with that they are done.”

In fact, McGoff suggested that the some of the most successful leaders this point to an extreme. For example, they only read emails twice per week, to assure that they are not distracted from the task at hand and not wasting valuable time on anything that distracts from the vision.