Most of the time the digital space at iClubs.com is here to share some insights, tidbits or words of wisdom about how independent health club owners can -- or are -- doing their business better. But, sometimes life gets in the way of the day-to-day business of fitness.

Take for example the Patriots' Day bombing at the Boston Marathon. 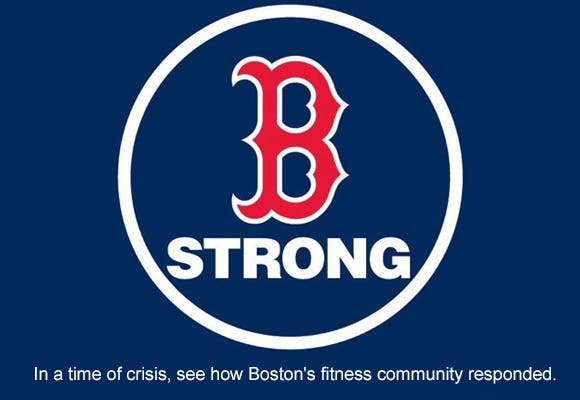 While this horrific incident impacted the entire nation, it was particularly felt in Boston and the surrounding towns. Even more, its impact was felt throughout the fitness industry in the area as many of the clubs’ employees, members and families are distance athletes that train inside health clubs during the long, cold winter in the region readying to make the 26.2 mile trek through New England.

Healthworks Fitness Centers for Women, a family owned chain of four clubs and a non-profit, has a club in Boston’s Back Bay, not far from the finish line. Its business was dramatically impacted in the immediate aftermath of the bombing as the entire area was evacuated as first responders, medical personnel and average citizens jumped barricades to help those who were wounded near the finish line of the race.

Then a week later its sister club, GymIt, found its newest location at the heart of the police search in Watertown following the chase and eventual killing and capturing of the suspected brothers that committed the crime.

As the lockdown of the city of Boston, Watertown and surrounding communities continued through a terror-filled day and night, businesses shuttered and people remained in their homes glued to the TV -- nobody was thinking of hitting the gym, and these independent club owners weren’t thinking of members beyond their safety.

Sure, as a business they had to handle logistics of communicating with members, staff and local authorities. And they had to be prepared for any residual emergencies -- which all clubs need to pay more attention to, whether it be a member suffering a heart attack, fire alarm or something worst case such as faced in the Boston area -- but first and foremost they worried about the people that make up their community.

While they will probably miss the goals of the month for memberships and ancillary sales, the companies have decided that rather than worrying too much about that, they are actually giving back; although, most likely there are plans in place to kick up numbers in the usually slower summer months to make up for it.

Healthworks, for instance, ran special Boston Strong Group Fitness and Small Group Training classes from , April 27th and run through May 5th with 100% of proceeds donated directly to The One Fund, benefiting those affected by the tragic events at the Boston Marathon. Additionally, the company donated all new member enrollment fees collected the last two weeks in April to the One Fund. At GymIt, members who ran on specially designated treadmills were raising money as well as the company donated $1 per mile run and allowed members to contribute per mile as well.

Certainly, other health clubs and businesses in the area across industries (and across the country for that matter) were just as generous in light of the tragic events. But, a bombing at a road race hits a special nerve for the fitness industry and it is times like this that independent health club owners show why they got involved in the fitness industry in the first place: to make a healthier, happier world.