A woman working out at a Chicago gym got an unwelcome surprise when an employee offered her a sip of his protein shake.

Jacinta Reck, a law student, was working out at XSport Fitness in the South Loop, when a protein shake was handed to her by an employee.

Reck took a sip and crunched down on an ingredient she wasn’t expecting.

“I just assumed it was a piece of ice, so I bit into it, and I immediately knew it wasn’t ice, and I spit it out, and it was this chunk of a pill,” Reck said. “It’s got like a very chalky, bitter taste.”

Reck took pictures of the drink in the locker room and then left. She’s keeping the protein shake in the freezer, as it still has chunks of the pill in it.

Managers at the gym were unresponsive when Reck tried telling them about the encounter. However, the XSport corporate office contacted her about the employee.

“They told me that they couldn’t tell me what was going on with his personnel file, but that I would never see him at this location again,” she said. “I said, ‘Okay, what if I go to another XSport location?’ And they said I would absolutely not see him again at another XSport location. So I don’t know exactly what happened to him.”

Reck is planning to have the pill tested to find out exactly what it was. 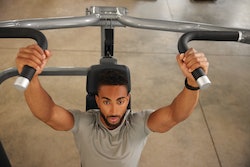 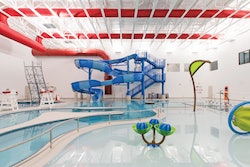