Three schools on Long Island, N.Y., have shut down their gyms after excessive mercury vapor was detected in the air.

While the level of mercury is low, mercury vapor is very dangerous if inhaled and can cause learning disorders, neurological damage and anxiety.

"It's serious. It's a heavy metal and it should not be in schools," Adrienne Esposito with Citizens Campaign for the Environment, told a local ABC affiliate.

Long Island senator Todd Kaminsky (D-Long Beach) has introduced legislation that would set a standard for acceptable levels of mercury in school buildings.

"It's time we set a standard so schools know what they should be worried about and what they deem safe," Kaminsky said.

The flooring in the gym at Park Avenue Elementary has been removed, but the area still remained closed to students because mercury vapor is still being detected. Officials believe the vapor may be coming from the concrete beneath the flooring.

"The gymnasium will remain unoccupied and isolated while remediation plans for the concrete slab are developed," said Mary Kelly, the Superintendent of the Amityville School District, in a letter to parents. 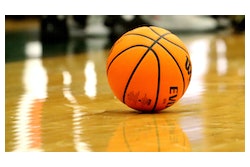