A former Syracuse football player is looking to give back to his alma mater with a $2 million gift intended to go toward a new locker room.

Michael Bill graduated from Syracuse in 1958 and over the course of his career blocked for Jim Brown, competing alongside the running back in the Cotton Bowl.

The new locker room, which will be called the Michael M. Bill #59 Football Locker Room, will be one of the upgrades made as Syracuse transition its Manley Field House Facility into the John A. Lally Athletics Complex.

After graduating, Michael Bill went on to be the founder of MJ Insurance, an independent retail insurance broker, where he continues to serve as the company’s chairman.

“Syracuse really took care of me,” Bill said, according to Syracuse.com. “They gave me a scholarship and an education. If you wanted to play, you had to play hard and study hard. It’s really a time management skill.” 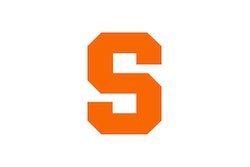 Take a look at the locker room inside the Carmel High School football facility in Carmel, Indiana...
September 6, 2022

Items Stolen From Virginia Tech Lockers During Game at ODU

Virginia Tech on Sunday confirmed swirling rumors that its football team had items stolen from its locker room during a 20-17 loss Saturday at Old Dominion.
September 5, 2022

Athletic Business has extensively chronicled locker rooms over decades of evolution from their dark cave origins. Today, designers are looking for ways to make the locker room not just a place where players congregate before and after games, but rather...
July 12, 2022

This digital experience highlights some of the best ways to design, brand and keep your locker rooms safe and inviting...
August 1, 2022

Take a look at the Trojans' athletics facilities at Anderson University in South Carolina...
July 13, 2022

Check out some of the latest products as featured in the April issue of Athletic Business
April 21, 2021
Page 1 of 12
Next Page
AB Show 2022 in Orlando
AB Show is a solution-focused event for athletics, fitness, recreation and military professionals.
Learn More
Buyer's Guide
Information on more than 3,000 companies, sorted by category. Listings are updated daily.
Learn More