The Market for Public Recreation Projects Is Rebounding

Two years ago, the public recreation submissions to the Architectural Showcase could be divided into two distinct categories: those costing more than $5 million and those costing less. All but one of the facilities in the former category are located in Canada.

It wasn't a good time to be a municipal recreation program in the United States.

Take a look at this year's submissions, however, or peruse the Forward Progress column over the past year, and the outlook for public recreation construction is a little brighter. "We saw an uptick in consulting in 2011," says Pat O'Toole, a principal with GreenPlay LLC, a Louisville, Colo.-based parks and recreation consultancy. "It was a good year, but we had to make sure the other shoe didn't drop before we said we're out of it. When it came back, it came back stronger than it's ever been. It seems like we're doing more proposals now than ever." 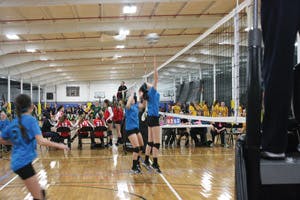 FULL COURTS Recreation center program spaces are being designed to accommodate everything from a casual pick-up basketball game to multi-team tournaments. (Photo Courtesy of Deidra Yahn)

Ken Ballard, president of Highlands Ranch, Colo.-based consultancy Ballard*King & Associates Ltd., would suggest the turn was a little more recent. "Early fall 2013 is when we first saw things starting to get better," he says. "Through 2014 and now into 2015, it's come roaring back."

Whatever date used to pinpoint the turn — and it's likely different for different communities — there's no denying that the current public recreation market is strong and healthy. "There's a sense of urgency — interest rates are very low, so if you're going to bond, it's time to do it," Ballard says. "If you take too long, interest rates will start going back up. And the other issue is that as interest picks up, the cost of construction is rising. There's a sense of hurrying before it really gets bad, but that's already happened in many areas."

So what's driving the rebound? And what should communities know before they build?

CLEARING THE BACKLOG
Slashed budgets and spending freezes threw a wrench in many recreation programs' existing plans. "There have been a lot of communities sitting on projects through the recession," says Ballard. "A lot of facilities knew they needed to upgrade or add amenities but were unable to do it."

The construction projects he sees are a mix of new construction and renovations, a consequence of previous economic cycles. "We saw a lot of recreation center construction during the growth of the '80s and '90s, and a lot of those are getting to the point where they're old and tired and in need of being revamped," Ballard says. "There's also some realization that some of those facilities need to be refocused in terms of what amenities they offer."

The recession also gave municipalities plenty of time to reevaluate their amenities and see what voids needed to be addressed. "A lot of deterioration happened that couldn't be fixed," says O'Toole. "People saw that happen for five or six years and couldn't do anything about that. When it hits home, then people stand up and say, 'We're ready to do something about it.' "

QUALITY OF LIFE
The most basic driver of renewed construction projects is communities' desires to improve their quality of life. "We're seeing a total focus on health and fitness," O'Toole says. "People are seeing the need and seeing it as a quality-of-life issue, and they're jumping on board and supporting these types of facilities."

Fitness is a major driver, as the nation as a whole moves toward a more health-conscious mindset. Leading the charge are two somewhat opposite but equally important demographics — college graduates and seniors.

A boom in college recreation programming has led to a generation of college graduates whose college careers came with higher expectations of recreation amenities. "We're looking at a generation that is much more used to having those amenities available," says Ballard. "The expectation is that once you graduate, you get a job and go somewhere to start a family, you expect those amenities to be available. It certainly puts the pressure on, especially if you're in an area where the surrounding communities do have those amenities."

O'Toole agrees that it's a "pecking order of priority," with issues such as public safety at the top, but divisions exist even among recreation projects. A request GreenPlay is seeing in its needs assessments even more often than new facility structures is public walking trails. "People want connectivity," O'Toole says. "They're so widely used — for transportation, for exercise, by all demographics." 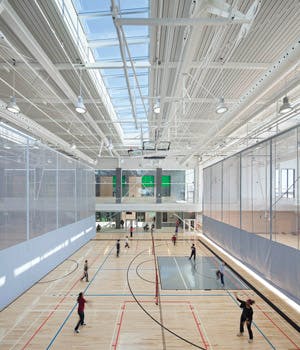 THE ALMIGHTY DOLLAR
"One of the things we've seen is a bigger focus on what kind of economic impact a project is going to have," Ballard says. "It's not as much about simply meeting the needs of the community. Whether it's tourism or just drawing people outside of the community to come utilize the recreation amenities, what kind of economic impact a facility will have is becoming a major measuring stick for whether a project receives support from elected officials."

Such was the mindset of residents in Williston, N.D., when they approved a plan to build a $76 million recreation center, which opened last year. "There was a boom in oil where the city wanted to draw people to create their homes and not just be a temporary place while the oil boom went on," O'Toole says. "Knowing that their housing was going into fast-growth, they looked big. They looked toward the future and not what they needed now. They looked to use funds that would come in by people moving there."

Beyond serving as a selling point to the local population, more communities are looking to capture a piece of the youth sports tourism pie with their facilities. For many communities suffering from an athletic field shortage, once the decision to do something is made, it's a natural progression to think beyond the local need, according to O'Toole. "Once communities start looking at needing new fields," he says, "the immediate jump is to the growing economic impact of club and travel sports."

If done right, there's more than enough action to go around. "You have so many different age groups and sports that you could literally have one annual tournament for a different age group, sport, gender each weekend and never have to duplicate," O'Toole says.

It's not just outdoor tournaments, or kids, adds Ballard, whose consultancy has seen an increase in demand for specialty spaces like field houses in the past couple of years. "The idea is to draw folks on a daily basis from beyond the immediate community," he says. "The ability to run tournaments for basketball, volleyball and now pickleball — the tournament site becomes a large economic driver."

OPPORTUNITY COSTS
As heartening as the growth of recreation construction projects is, the boom doesn't come without its downsides. Increased demand is driving up labor and material costs across the construction industry. "It was always one of the concerns when we came out of the recession that construction costs would escalate very fast," Ballard says. "We were always nervous about studies we did during the recession. Cost estimates were much lower then, and communities that banked on those numbers for construction costs are now ready to move forward with a project, but the construction costs have escalated quite a bit."

Administrators in Aurora, Colo., were given a shock this spring when they learned a planned $9 million renovation of the city's Moorehead Recreation Center had doubled in cost, leaving the city with some tough choices to make.

"You either have to readjust how you're going to fund the project or potentially reduce the magnitude to get back into the original budget," Ballard says. "And some communities decide it's just too costly."

Getting estimates that are reflective of the most current construction costs is becoming more difficult, as planners and architects are feeling the burden of increased demand, as well. "Because everybody is busy, it's either taking longer to get the work done, or costing more," Ballard says. "We see RFPs coming out with dollars that have been allocated from planning studies that are way too low for what's going on in the market."

The other concern for communities, Ballard adds, is that architects are now able to be more selective in what projects they pursue. "You're not going to get as many responses to RFPs as you would three or four years ago," he says.

The rise in construction costs isn't a hard rule, cautions O'Toole, noting a bid for a local field house construction project that came in well under what the city was expecting. "They put it out for bid expecting to get $18 to 19 million. They got $10.5 million. It was a question of a local contractor that was just finishing up two hotels and two major dorms for the university and had the workforce. He either needed another project or would have to let people go."

Such situations might be uncommon, but for communities paying attention, there are opportunities to take advantage. "I still think we're all over the board based on locality and timing," O'Toole says. "If communities pay attention to public bids on streets, sidewalks and other local projects, they might be able to save quite a few dollars depending on what time of year they bid a project."

Waiting and watching the market is a wise decision, but communities expecting the construction cost trends to drop any time soon should think again. "Costs will continue to rise," Ballard says. "We don't see any end in the next few years for this, unless something rather dramatic happens with the U.S. economy. But waiting for the next downturn isn't a wise decision."