Stanford University raised a banner this year in recognition of another Pac-12 Conference championship.

But this banner was not for the Cardinal's soccer, tennis or volleyball teams. Last February, Stanford won its second consecutive Pac-12 Fitness Challenge, a results-based weeklong event that brings together the recreation departments at each of the 12 institutions in the conference. Stanford students and faculty members logged more than 435,000 minutes of physical activity.

Not only was the victory Stanford's second in a row, it was its fifth Pac-12 Fitness Challenge title in the past seven years. The banners that hang in both the Arrillaga Center for Sports and Recreation and the Arrillaga Outdoor Education and Recreation Center help motivate the Stanford community, says Steven DiPaolo, director of marketing, promotions and business operations for Stanford Recreation. 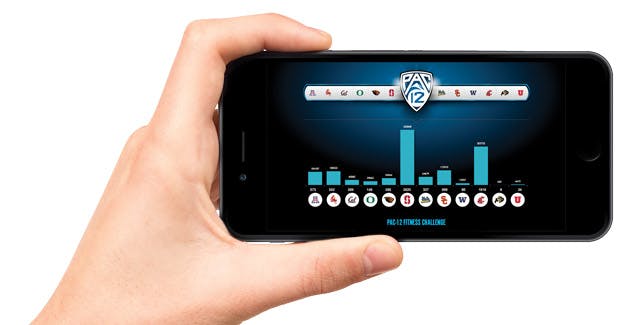 "We really make an effort to get the entire campus involved," DiPaolo says. "While the competition aspect of the challenge is great, we really value the health and wellness component. It gives us a great opportunity to promote healthy behavior throughout the course of the week."

Washington State University, which finished second with more than 303,000 minutes logged, made the challenge more accessible to all participants, says Joanne Greene, programming director of university recreation at Washington State. "We've had alumni and supporters participate, as well as students at our global campus and our other campuses."

The school that handles the website for the challenge changes from year to year. This year, Arizona State University had the honors, but the school ran into some unanticipated technology issues. During test runs before the challenge, the company that the conference had used for years to create the website went out of business. Another company was quickly hired, and after some more test runs, the website was ready.

To create an account for the challenge, students, faculty members or alums choose their school and log in with their email address and a selected password, says Lindy Lunkenheimer, ASU's assistant director of fitness and wellness. After they have completed their activity for the day, they have the option to select one of four categories: cardio, strength training, mind/body and sports. The smartphone-friendly website allowed each participant to log up to 120 minutes of activity per day during the challenge.

"When you go in to put in your time or your minutes of activity logged, it's live, so it shows the increase for your school," Lunkenheimer says. "During the actual week of the challenge, it would show that on Monday, Arizona State logged a certain number of minutes, and so on. The goal of the Pac-12 Challenge for all universities is to encourage physical activity — to say, 'Hey, let's all be active together.' "

Participants may have used their own fitness wearables or logged into equipment that tracked their personal fitness goals during the week of the challenge, but none of those personal statistics were calculated on the Pac-12 Fitness Challenge website, Lunkenheimer says. Only the total number of minutes of activity for that day counted. Some in the conference wanted to have a Pac-12 Fitness Challenge mobile app created, but Lunkenheimer says that was not possible with the program in use, at least not at this time.

"We promoted the event on our digital signage throughout the recreation center as well as on our cardio machines," DiPaolo says. "We had a social media marketing and communication plan in place for the challenge, which we found quite effective."

Like Stanford, UCLA used social media to promote the challenge and posted different challenges for each of the days of the week on its website, says Bill Aberbuch, marketing services manager for UCLA Recreation. The UCLA challenges consisted of a 12-minute walk, 12 lunges in a minute for 12 minutes, 12 squats each hour, a 120-second plank and 12 burpees.

Arizona's rivalry with Arizona State provided a boost, too, adds Kleeman. "We had a white board in the lobby that was updated regularly with how many minutes Arizona had logged compared to ASU," she says. "It got people excited to work out. We also updated our Facebook page with our minutes."

NOT JUST A COLLEGE PHASE
Interactive fitness challenges are not limited to the technology-native college crowd. Facilities from the hardcore, such as UFC Gym, Santa Ana, Calif., to the more traditional YMCA of Central Ohio, are getting interactive.

UFC Gym, a for-profit boxing, kickboxing and mixed martial arts club company, recently completed its inaugural UFC Gym Fitness Challenge. The company had 91 of its 120 gyms participate in the challenge, which lasted from May 1 to early June, says Jenna Cassidy, senior vice president of marketing for UFC Gym.

Once members signed in for the challenge on the microsite the company developed, they were connected to their accounts handled by the company's back-end operational support.

"We utilized our partner, ClubReady, to help track all of the activity," Cassidy says. "For example, when a user checked in to the club, ClubReady was able to log that, and it accrued a certain number of points with that customer's profile in the challenge. And then if that customer purchased any type of personal training, private coaching or approved small group training that was related with the challenge, all of that was logged."

More than 1,300 UFC Gym members participated in the UFC Gym Fitness Challenge, which featured weekly exercises and created some competition between the clubs. UFC Gym could track which members belonged to which clubs, so every participant was validated, Cassidy says.

"Once we had all of that information in our registered database, we created a custom leaderboard that was updated daily," she says. "Individuals could accrue points by their activity in the gym."

Although UFC Gym has a customized app, Cassidy says that because of the app's current stage, there was not a benefit to track results of the challenge there. Fitness wearables also were not used to track activity in the challenge.

"Rather than confuse them with the activity, we drove all of our awareness to the microsite and logged everything there," Cassidy says. "As we continue to evolve across the digital platforms and also incorporate wearables into the member activity in-club, I can envision those being a very critical part of our next version of this campaign."

The YMCA of Central Ohio uses a self-reporting app for its fitness challenges called YTRAAK, which tracks workouts in real time and is used by 41 YMCAs and other fitness locations around the country, says Scott Debney, the Y's executive director of technology and web services. Debney, who created the app, says he wants YTRAAK to be the "Twitter of fitness apps."

"There are hundreds of other apps out there, and I wanted to create one that you could log into in 10 seconds or less but want to stay around and look around," Debney says. "It typically takes about 10 to 15 seconds to log a workout, but the session times are upwards of 5 minutes."

The YTRAAK app is more of a social tool, and wearables do not yet sink with it, Debney says. Exercisers log into the app and post their self-reported workout.

"When you log in, you already see what people on your team are doing as well as the challenge as a whole," Debney says.

The YTRAAK statistics page tracks such categories as most miles and minutes, team miles and minutes by workout, total workouts, most participants, most workout points and most social points.

The YMCA of Central Ohio offers four global YTRAAK challenges throughout the year. A YMCA branch also has the option of offering its own challenge. Each branch pays $69 per challenge.

"The goals with the challenges aren't necessarily to get more members and facility usage," Debney says. "The goal is to help people meet and improve community wellness inside and outside of the Y. We have participants logging from 5 a.m. to 2 a.m. and never enter a YMCA building." 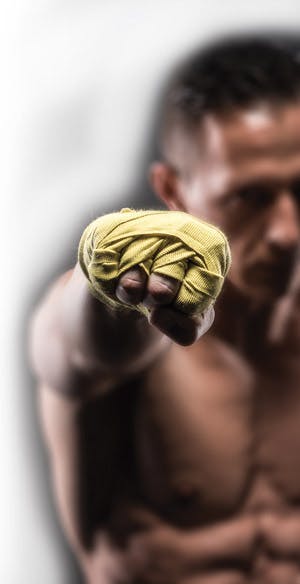 All signs pointed up for UFC Gym after the completion of its first fitness challenge this year. The Santa Ana, Calif.-based boxing, kickboxing and mixed martial arts for-profit club chain saw increases "across everything" as a result of the challenge, says Jenna Cassidy, senior vice president of marketing for UFC Gym. First and foremost, the challenge created new member leads for the company, which also marketed its personal training packages, small group training packages and boot camps to new and existing members during the challenge.

"Across all of those, we saw month-over-month increase in interest," Cassidy says. More than 1,300 members from 91 of the 120 UFC Gyms participated in the challenge. UFC Gym rewarded 26 winners from member clubs around the country with an all-expenses-paid trip to Las Vegas to compete in a national UFC competition held in July.

Though UFC Gym members first learned about the challenge when it launched in May, planning for the challenge began in February. "We began constructing the overall strategy plan and outlined each of the individual tactics across the next two months as well as worked internally to build our digital platforms in order to support all of the external messaging, intended activity and member participation," Cassidy says.

For fitness organizations that would like to sponsor a similar challenge, Cassidy suggests creating a clear marketing strategy from the onset that incorporates all the products and tools the business has to offer. UFC Gym's plan included digital and print marketing, email communication, community outreach and social media.

"This was a very fun platform for us, and I feel like we only have upwards to go from it," Cassidy says. "We made tremendous strides year-over-year, and we expect that as we evolve our digital platforms that they will come into critical play with this challenge and continue to support it across our member base."