In an environment where more states are passing laws requiring practicing athletic trainers to be licensed, there’s one state that has an unusually low barrier to entry for would-be athletic trainers: California.

The Golden State is currently the only state that doesn’t regulate the athletic training profession, but advocacy groups are banding together to urge Gov. Jerry Brown to change that.

“Unfortunately, California athletes and family members are often unaware of individuals representing themselves as ‘athletic trainers’ without the requisite education,” Dr. Cindy Chang, a sports medicine physician and former president of the American Medical Society for Sports Medicine says in the release. “These individuals are managing serious injuries such as concussions, which can lead to negative consequences. Without a licensure system, there is no avenue for keeping these individuals from calling themselves athletic trainers.”

In a letter dated Dec. 19, 2016, the NCAA’s chief legal officer, Donald Remy, urged California to align itself with the rest of the country, stating, “After close consultation with NCAA chief medical officer, Dr. Brian Hainline, I am concerned that the state’s lack of regulation in the athletic training profession presents several important challenges for California institutions.”

“On behalf of the NCAA, I support the signing of legislation that will license athletic trainers in California,” the letter concludes. 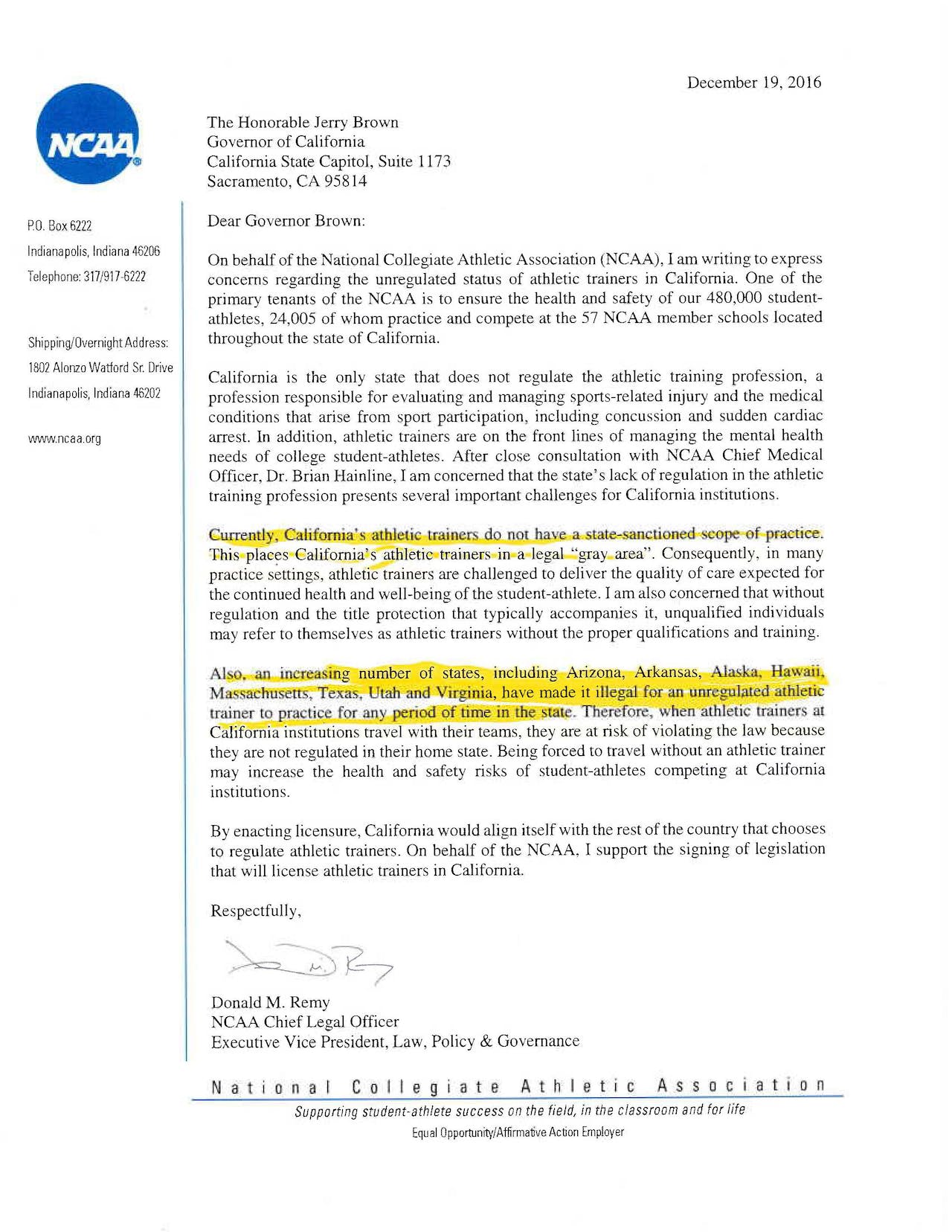