When the Kansas City Chiefs opened the NFL season Sept. 10 against the Houston Texans at Arrowhead Stadium, reminders of COVID-19 were everywhere. Tailgating rules were revised, signage was in place to remind fans to maintain social distance, roughly 75 percent of seats were empty, hand-sanitizing stations were dispersed throughout the stadium, and fans had to check in via a mobile app to receive directions on which gate they should enter through.

Such protocols, and even some that are stricter still, have become commonplace at sports venues nationwide. But what's a fan to do in the event they're craving a cold beer and a hot dog during the game? And is it even safe to indulge in such fare?

Chris Bigelow, president of The Bigelow Companies, which offers food service and merchandising consulting services to the sports, entertainment and convention markets, says operators are still reacting to a changing situation as the pandemic drags on. While experts have largely determined there is a low risk of spreading COVID-19 via food, food service professionals do need to ensure they're not spreading the virus among staff or to patrons. That conundrum has led to a number of changes in how food service is handled inside a sports venue.

Bigelow says his clients are split on the concept of delivering items from concessions standsto fans at their seats, an idea he thinks will not succeed in the current environment. However, digital ordering is the preferred solution for keeping fans in their seats and out of long lines, where the airborne coronavirus is most likely to spread.

"What they're all doing right now is moving to digital," Bigelow says." I know at Arrowhead there was an app that they rolled out where you could preorder your food and then it would tell you to pick it up and where to pick it up when it was ready. That seems to be the consensus right now."

Primary to ensuring safety has been limiting movement throughout the venue, which obviously has a major impact on concessions operations. That said, old habits die hard, and Bigelow admits fans are still going to want to go up to a concessions stand and order food. If that's the case, they'll at least have the option to order ahead of time. Most venues have also gone cashless, so fans can pay with a mobile app or a credit card.

Bigelow says fans will also likely notice a limited choice of concessions stands and items. A streamlined menu limits the number of people it takes to prepare the food, and a reduced number of specialty vendors in kiosks mitigates unnecessary foot traffic throughout the concourse. Bigelow adds one caveat. "Obviously, if you have a specialty vendor at one end of the concourse but not at the other, people are going to be wandering around seeking out that option," he says.

Food preparation will also be modified because of the virus.

"Most of my clients are preparing the food in the back and then putting it into its own container — so maybe a clear plastic container for the hot dog or hamburger," Bigelow says. "This limits the amount of people who need to handle the food. It's kind of like the restaurants now where basically everything's packaged to go. So it's handled in the kitchen, where it has to be handled, but once the product comes out of the oven, it's boxed and handed to the customer that way."

Want ketchup or relish with that? You'll likely get all your fixings in packet form or from an automatic dispenser with an electric eye.

Bigelow says most stadiums are also implementing the changes seen in other parts of society, including mandatory masks, signage promoting distancing, and temperature checks and wellness surveys when staff report to work.

Will all these changes to the stadium experience be phased out after the COVID-19 pandemic has passed? Bigelow says that light-touch solutions like plexiglass screens at the point of sale may be around for a while, but it remains to be seen what other changes might fall away or what new measures may be implemented as the industry moves forward.

"The plan really is that if we tell people what entry they can come in, where they can sit, where they can use the bathroom and where they can use the concessions, we're not going to have them walking back and forth. So, the fewer people they come in contact with, the better," Bigelow says with some skepticism. "The problem is that most people don't sit in their seats the whole game. They want to see what's out there, they want to try new food, so it's going against everything that was out there before."

Normalcy isn't completely out the window. Kansas City's Fox affiliate reported that Plowboys BBQ, a local mainstay with a presence inside Arrowhead Stadium, managed to implement new protocols and served up ribs and pulled pork during the Chiefs' 34-20 season-opening win over the Texans. Whether businesses like Plowboys and other concessionaires across the country will be able to keep their doors open will ultimately depend on leagues and teams keeping players on the field and healthy.

This article originally appeared in the November|December 2020 issue of Athletic Business with the title "Keeping fans fed during the pandemic requires new concessions protocols ." Athletic Business is a free magazine for professionals in the athletic, fitness and recreation industry. Click here to subscribe. 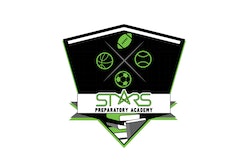 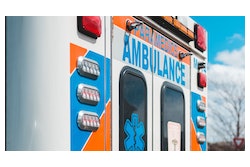