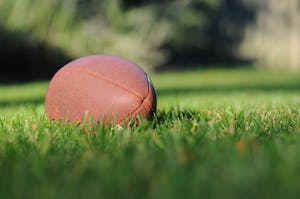 A former high school assistant coach in Arizona was arrested on suspicion of sexual misconduct involving a teenage student, according to police.

The El Mirage Police Department said in a news release that 24-year-old Nathan Jellicoe, of Glendale, was arrested last week on 10 counts of sexual conduct and two counts of luring a minor for exploitation.

Jellicoe was a security guard and assistant football coach at Dysart High School.

"The El Mirage Police Department was notified by school officials immediately upon learning of allegations involving inappropriate conduct between Jellicoe and a 16-year-old student," according to the statement released by police officials.

In a statement by Dysart Unified School District, officials said the district learned on Oct. 12 about an "allegation of unprofessional conduct by a school employee involving a minor student," KTVK-TV reported.

Jellicoe was arrested on campus.

In a news conference, El Mirage Lt. Tim Mason said the inappropriate conduct took place from about Oct. 4 to Oct. 12.

The victim and Jellicoe reportedly exchanged text messages, some of which were shown to other students, Mason said. The other students reported the misconduct to the school.

Mason says Jellicoe and the victim met on campus at least five different times, and the crimes reportedly took place on campus.

"Students need to report these things," Mason said. "Without the students coming forward with this, this victimization could've continued."

Jellicoe’s position as a security guard gave him the opportunity to be in close contact with the victim, Mason said.

Dysart Unified officials said Jellicoe will not be returning to any district campus, KTVK-TV reported.

Police are asking anyone who has information related to Jellicoe to contact them immediately at 623-500-3000.