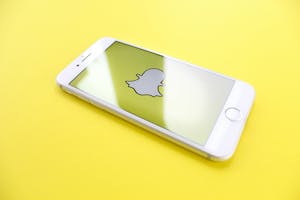 A former basketball coach in Florida who was once arrested for inappropriate sexual conduct around children is accused of having sex with a boy.

Stetson was arrested Tuesday by the Collier County Sheriff’s Office. A judge set bail for Stetson at $570,000.

WBBH-TV reported that Stetson had previously worked as a youth basketball coach at North Regional Park.

The mother of the victim reported that a woman on Snapchat had contacted her son and threatened the boy, saying that if he didn’t have sex with Stetson, the woman on Snapchat would expose Stetson’s behavior, according to the arrest report, as reported by WINK-TV.

The victim told deputies he had sex with Stetson because he didn’t want Stetson to get into trouble. According to the news report, Stetson had already assaulted the teen at least 10 times since August 2020.

Deputies investigated the Snapchat account and found it was registered to Stetson.

Stetson had been to prison previously. According to the WINK-TV report, he was arrested in 2017 and asked to no longer coach children after authorities found he had sent sexually explicit images to children. Stetson was also accused of offering money to the student-athletes he coached in exchange for photos of them in compression shorts.

The assault happened at Stetson’s home in Naples Park where Stetson filmed the incident, according to a WBBH-TV report. The 28-year-old’s home was searched Tuesday where detectives seized “numerous items of digital evidence.”

Florida Department of Corrections records reflect Stetson was in prison from April 2018 to January 2020.