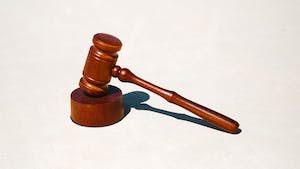 According to a WNDU-TV report, the lawsuit claims Justin Cochran, the girls coach at St. Joseph High School in 2018-2019, created a “toxic culture” for the team.

The three plaintiffs are former players who have since graduated, referred to as Jane Doe one, Jane Doe two and Jane Doe three in the 40-page suit.

The alleged sexual misconduct includes the coach sending a picture of his genitalia to one of the plaintiffs via SnapChat.

Cochran also reportedly told another player to open his phone to play music at practice. When she did, pornography automatically came on.

The lawsuit calls into question a “toxic culture” created by Justin Cochran, the girls coach at St. Joseph High School in 2018-2019.
https://t.co/YJeR4IZhS2

Players who were not receptive to the coach’s flirting were afraid they wouldn’t play, according to the lawsuit, as reported by WNDU-TV.

The suit claims that parents complained about Cochran’s boundary issues in a meeting with the coach in July 2018. Cochran allegedly told the parents, “The age of consent in Indiana is 16.”

Cochran also reportedly told the parents that he “likes to treat the teenage girls as his equal to keep things fun and light.” The parents had asked him to stop glamorizing drinking and partying.

Some of the student-athletes bragged about meeting with Cochran outside of volleyball without parents. WNDU-TV reported that the social meetups were late at night or at a Notre Dame football tailgate.

According to court documents, when the plaintiffs complained, they suffered retaliation such as harassment and bullying. Parents also later discovered that Cochran had been driving the team bus with a suspended driver’s license.

The suit contends that the complaints were never investigated by school officials nor the diocese, and that Cochran was allowed to resign at the end of the 2018-2019 season.