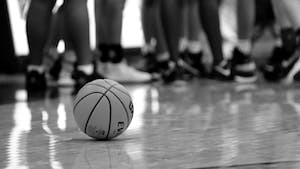 A parent in Moore, S.C., is accused of assaulting her daughter’s coach, causing injuries to his face.

According to the Spartanburg County Sheriff’s Office, Jauqueline Laquanda Robinson, 38, was charged with assault and battery second degree.

A mother was arrested after fighting a coach at Dawkins Middle School Friday.https://t.co/LsIIqFqfPj

Deputies responded Friday to a call from the school secretary that a parent and a Dawkins Middle School PE teacher and basketball coach were fighting, the report said.

Once deputies arrived at the school, Robinson was speaking to the assistant principal.

Robinson was upset with the coach from an earlier issue in which he refused to speak with her without an administrator present, the report said.

When Robinson went to pick up her daughter from basketball practice, she found her daughter was upset that the coach told her to stop instigating a fight between two other students.

Robinson and her daughter approached the coach “screaming and cussing” at him, WSPA-TV reported.

The coach said Robinson started pointing her fingers at his face and touched his face, and he moved her hands away, the incident report said. Robinson allegedly scratched at his eyes and dug her fingers into his eye socket.

The coach’s right eye was injured during the incident.

The incident was captured on school surveillance cameras, WSPA-TV reported.

Robinson was taken to the Spartanburg County Detention Center and has since been released.