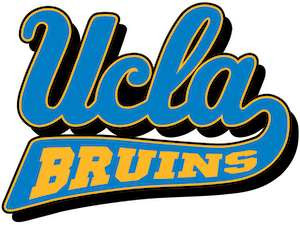 Fans turned out in huge numbers for the event, which was inadequately staffed, UCLA officials admit, harkening to the crush of humanity that led to nine deaths at the Astroworld concert in Houston last week.

“Thank you to all who attended tonight’s basketball game,” Jarmond tweeted at 12:36 a.m., as reported by KCBS in Los Angeles. “I’m aware of challenges some had with the line to get into the game. We were not adequately staffed to handle the turnout. I apologize and it will be corrected moving forward.”

"As I stated last night, I apologize to all our students and fans who had challenges with the line to enter the basketball game," Jarmond's second tweet stated. "We heard your feedback and after discussing with our campus partners, we will implement the following changes to improve the experience:

Students described the pregame scene to various news outlets, as reported by City News Service. "It turned into mayhem," senior political science and history major Tobias Sunshine told the Los Angeles Times. "As soon as people started to move, the whole crowd would move in waves. ... People were getting pushed and crushed, yelling out, 'Stop moving!' "

"When they started doing wristbands, everyone started running," Masresha said. "Everyone just started running, and it's kind of like, 'Do you stay to your spot or do you just try to make it in because everyone else is cutting?' So, we just joined the mosh pit."

No injuries were reported, and other campus officials joined Jarmond in issuing apologies.

"With a sold-out game and enormous student and fan interest, we're aware of challenges with the line and were not adequately staffed," athletic department spokesman Scott Markley told the Times. "We apologize and will correct it going forward."

On Nov. 5, nine people suffered fatal injuries in a crush of fans after panic ripped through the crowd during rapper Travis Scott's set at the Astroworld Festival in Houston.