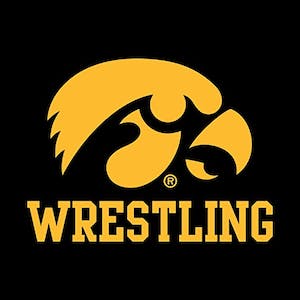 The University of Iowa athletic department apologized this week to a University of Wisconsin wrestler who was the target of racially insensitive remarks during a Saturday dual meet at Carver-Hawkeye Arena.

Austin Gomez tweeted Tuesday that a racial slur was directed toward him from the stands as he left the mat following his 3-2 decision over Iowa's Vince Turk in the 149-pound match. The Associated Press reported that Gomez said he could not identify the person who used the slur.

"The Iowa Athletics Department was made aware of a situation that occurred on Saturday during our wrestling match at Carver-Hawkeye Arena against the University of Wisconsin," read a statement released Monday, as reported by HawkCentral. "One of Wisconsin’s student-athletes reported a fan in the stands yelling racially insensitive remarks directed at he and his family. The University of Iowa denounces any act of hatred and is committed to providing a safe and equitable environment.

"Iowa’s Athletic Administration has reached out to Wisconsin, and the student-athlete, to apologize for the incident and to let them know we are following up on this matter. Any individual found in violation of our fan behavior policy is subject to being banned from attending future Hawkeye athletic events."

As reported by Madison's ABC affiliate WKOW, Wisconsin athletic director Chris McIntosh weighed in Tuesday with a statement that read, “On or off campus, home or away, UW Athletics strives to create an atmosphere where our student-athletes feel welcome and can thrive. Needless to say, I am deeply disappointed and angered that one of our wrestling student-athletes, Austin Gomez, and his family were the recipients of vulgar and racially insensitive language at our team’s match at Iowa over the weekend. This behavior has no place in the Big Ten and college athletics as a whole. It is totally unacceptable. We have been in contact with Austin, his parents and the Iowa athletics administration and I am thankful that our colleagues at Iowa are investigating the incident. I appreciate the Gomez family having the courage to bring this to light. They have our complete support.”

McIntosh's department suspended the ticket-buying rights of a UW basketball fan who made a racially insensitive gesture toward Northwestern University fans of Asian descent at a game in Evanston last month.

Gomez, who wrestled for Iowa State from 2017 to 2020, said he had a similar experience when he competed for the Cyclones at Carver-Hawkeye. He indicated he could laugh off most heckling but not racial slurs or verbal abuse of his family, the AP reported.

"Iowa fans are some of the most loyal and passionate fans in the country who will back their team no matter what and I love that," Gomez tweeted. "But there comes a time where certain fans (not all fans) cross a line that doesn't need to be crossed.

"Hopefully there is action taken so other student-athletes and families don't have to have the same experience in the future."