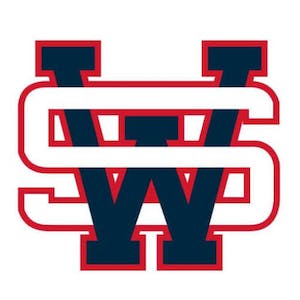 According to The Associated Press and other sources cited by ESPN, the vehicles collided Tuesday night in Andrews County. Sgt. Steven Blanco of the Texas Department of Public Safety told NBC affiliate KWES in Odessa that there were fatalities in both vehicles.

The AP reported that six students and their coach, Tyler James, died while traveling in a 17-passenger van from a tournament at Midland College in West Texas, as did the driver and passenger in the Ford F-150 that reportedly had crossed the center line prior to impact. "It's a very tragic scene," Blanco said. "It's very, very tragic."

University president Quint Thurman confirmed in a statement to NBC News that James, who coached the men's and women's golf teams, was among those killed.

"We are still learning the details about the accident but we are devastated and deeply saddened to learn about the loss of our students' lives and their coach," Thurman said. "My understanding is that two of our students have survived and have been airlifted to University hospital in Lubbock with serious injuries. We would ask for prayers for their recovery and for comfort and strength for all of families and friends and students of those whose lives have been lost."

The University of the Southwest, a private Christian college located in Hobbs, N.M., posted the following on Facebook:

"The University of the Southwest can confirm that there has been a fatal bus accident involving the USW men's and women's golf teams. The university is currently attempting to notify family members of those involved in the accident. Counseling and religious services will be available to students, faculty, and staff on campus. The university will continue to provide information as it becomes available."

The crash was under investigation, Blanco said. The roadway where the crash occurred was closed early Wednesday.

The crash happened in the same area — but not the same roadway — where three people were killed in November when a pickup truck crashed into a school bus carrying members of the Andrews High School band. The high school's band director, the school bus driver and the driver of the pickup truck all died in that crash, the AP reported.