Kansas State Athletics spokesperson Kenny Lannou said the new facility is the result of a holistic look at all of K-State’s athletic facilities and the needs of the athletic department.

Lannou said roughly $32 million of the budget will fund the Football Indoor Practice Facility and that all the facilities are 100-percent privately funded.

“One of the really unique things here at K-State, we, as the athletic department, do not receive any funds from the university,” Lannou said. “There is a little bit from a loan standpoint but, you know, a large majority of everything that we do is privately funded by our donors and fans.”

Lannou said the state-of-the-art facility will be more convenient for student-athletes.

“Currently, the football indoor [facility] is located on the south end of Bramlage,” Lannou said. “When weather is dicy, that’s a decent walk or drive to get to the football indoor. From a convenience standpoint, they’ll be able to just walk straight over to the east side, and it will connect to the east entrance of the stadium.”

According to the K-State sports website, the new facility’s location on the east side of Bill Snyder Family Stadium will affect some football season ticket holders. — Kansas State Collegian

The new facility would seat about 10,130 people, or roughly 4,300 less than Coleman, which would become a practice site. The project, which would also include a practice facility for the university's golf teams, is part of an overall $600 million plan to improve athletics facilities over a decade. More than $470 million already has been raised.

Originally opened in 1968, Coleman Coliseum was built at a cost of $4.2 million. A proposal submitted to trustees by athletics said extensive renovations to Coleman would have cost about $150 million.

The new arena is designed to bring fans closer to the action on the court. Arena features would include student seating around the majority of the lower bowl in addition to new premium options in club, courtside and lower-level preferred seating.

Coleman Coliseum will continue to serve as the day-to-day practice and preparation site for the programs and will also continue to house the multiple departments currently located within the building.

North of the clubhouse, the practice range would feature multiple regulation greens, while the short game practice area would be located west of the club house. The nine-hole golf course, east of the golf house, would offer multiple routing options for on-course practice.

Plans indicated the university could seek bids for the project in April 2023. — Sun Herald, Alabama Athletics

The Pharr Natatorium, a collaboration years-in-the-making between the University of Texas Rio Grande Valley and the Pharr-San Juan-Alamo Independent School District, recently opened, adding to the vibrancy and hub of the Texas city.

The City of Pharr held a ribbon-cutting for the 76,000-square-foot Natatorium on Jan. 29 to mark the inauguration. The state-of-the-art facility will provide new resources and opportunities to athletes in the area.

Pharr partnered with UTRGV and PSJA ISD to bring the Natatorium to fruition while benefiting student-athletes and academics.

The facility features an Olympic-size swimming pool, diving facilities, and spectator seating, among many other amenities. — KRGV-TV, City of Pharr 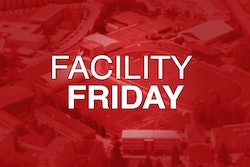 This week, California governor Gavin Newsom signed a bill to ease certification rules and help pools in the state staff their centers amid...
September 16, 2022
Page 1 of 502
Next Page
Buyer's Guide
Information on more than 3,000 companies, sorted by category. Listings are updated daily.
Learn More
AB Show 2022 in Orlando
AB Show is a solution-focused event for athletics, fitness, recreation and military professionals.
Learn More