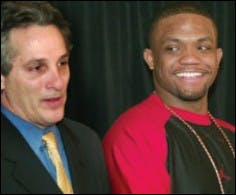 In one of the most-watched sports law cases of the past few years, the United States Court of Appeals for the Second Circuit in May upheld the National Football League's draft eligibility rules and barred 20-yearold Maurice Clarett and other underclassmen from entering the NFL's annual draft. Clarett, a former running back from Ohio State University, had filed a lawsuit against the NFL alleging that the league's draft eligibility rules were an unreasonable restraint of trade.

For the plaintiff, Maurice Clarett v. National Football League [306 F. Supp. 2d 379 (2004)] started promisingly enough. In February, United States District Judge Shira Scheindlin granted summary judgment in favor of Clarett and ordered him eligible to enter this year's draft. In support of its decision, the district court ruled that the eligibility rules were so "blatantly anti-competitive" that only a "quick look" at the NFL's pro-competitive justifications was necessary to reach the conclusion that the eligibility rules violated antitrust laws.

After the district court ordered Clarett eligible for the draft, however, the tide turned against him. First, two weeks before the draft, the NFL convinced a three-judge panel of the Second Circuit to set aside Scheindlin's ruling pending a full hearing, in order to safeguard the league from harm and to ensure a more thorough review. On emergency appeal to the United States Supreme Court, Justices Ruth Bader Ginsburg and John Paul Stevens upheld the decision of the Second Circuit and sent the case back for a full hearing on the merits.

After a review, the appeals court ruled in Clarett [2004 U.S. App. LEXIS 10171)] that the NFL's eligibility rules were immune from antitrust scrutiny under the non-statutory labor exemption.

In ruling in favor of the NFL, the court held that Clarett failed to understand that the labor market for NFL players is organized around a collective bargaining relationship that is provided for and promoted by federal labor law. As such, NFL franchises can act jointly in setting the terms and conditions of players' collective employment, and the rules of the sport, without risking antitrust liability.

In order to accommodate the collective bargaining process, certain concerted activity among and between labor and employers has long been held to be beyond the reach of antitrust laws. To protect these activities, the courts have carved out two categories of labor exemptions to antitrust laws: the so-called statutory and non-statutory exemptions.

NFL rules prohibit anyone from entering the draft until after three full football seasons have elapsed following that player's high school graduation. In arguing that the non-statutory exemption provides the NFL no protection, Clarett claimed that the league's eligibility rules (that is, the restraint on athletes to enter the draft) fall outside the requirements established by the court in Mackey v. National Football League [543 F.2d 606 (8th Cir. 1976)]. In order to fall within the non-statutory exemption, Clarett argued, a restraint must:

1. primarily affect only the parties to the collective bargaining relationship,

2. concern a mandatory subject of collective bargaining, and

3. be the product of bona fide arm's-length bargaining.

In rejecting this argument, the court ruled that the Mackey test does not establish the appropriate limits of the non-statutory exemption. The suggestion that the Mackey factors provide the proper guideposts in this case, the court said, simply do not comport with the Supreme Court's most recent treatment of the non-statutory labor exemption in Brown v. Pro Football Inc. [518 U.S. 231 (1996)].

In Brown, a class of professional football players challenged the NFL's unilateral institution of a policy that permitted each team to establish a new squad of developmental players, and capped those players' weekly salaries after negotiations with the players union over that proposal became deadlocked. Approaching the issue largely as a "matter of logic," the Supreme Court found that to permit antitrust liability in such a case would seriously undermine a great deal of conduct, such as the bargaining parties' freedom of contract and the widespread use of multi-employer bargaining units, that federal labor policy promotes and for which labor law provides an array of rules and remedies. The Second Circuit Court could find no fault with this reasoning.

Because the NFL players have unionized and selected the NFLPA as its exclusive bargaining representative, labor law prohibits Clarett from negotiating directly the terms and conditions of his employment with any NFL club. The terms and conditions of Clarett's employment are instead committed to the collective bargaining table and are reserved for the NFL and the players union's selected representative to negotiate.

Clarett, however, argued that he should be permitted to circumvent federal labor laws, since the NFL's eligibility rules do not constitute a mandatory subject of collective bargaining and thus cannot fall within the protection of the non-statutory exemption. In rejecting the findings of District Judge Scheindlin, the Second Circuit found that the eligibility rules were mandatory bargaining subjects. Though tailored to the unique circumstance of a professional sports league, the court ruled that the eligibility rules represent a condition for initial employment - and for that reason alone, constitutes a mandatory bargaining subject.

In addition, the court held that the eligibility rules have tangible effects on the wages and working conditions of current NFL players. By reducing competition in the market for entering players, the Second Circuit noted that the eligibility rules affect the job security of veteran players, which is clearly within the area of proper union concern and not a violation of antitrust laws.

As for Clarett's third argument, that the eligibility rules impermissibly affect players outside the union, the court held that simply because the rules place a hardship on prospective rather than current employees does not render them impermissible. As the court noted, the players union possesses powers comparable to those possessed by a legislative body both to create and restrict the rights of those it represents. In seeking the best overall deal for NFL players, the court noted that the NFLPA representative is, in the course of his duties, able to benefit certain categories of players over others - subject, naturally, to the representative's duty of fair representation. For example, the union may make rules that favor veteran players over rookies, or seek to preserve jobs for current players to the detriment of new employees and the exclusion of outsiders. Therefore, the court concluded, the NFL and its players union could legally agree that an employee will not be hired or considered for employment for nearly any reason whatsoever, so long as they do not violate federal laws.

Finally, the court held that the disruptions to federal labor policy that would be occasioned by Clarett's antitrust suit would not vindicate any of the antitrust policies that the Supreme Court has said may warrant withholding of the non-statutory exemption. As the court noted, this case does not involve the NFL conspiring with its players union to drive another competitor out of the market for professional football. Nor does Clarett contend that the NFL uses its eligibility rules as an unlawful means of maintaining its dominant position in the market. This lawsuit, the court ruled, reflects simply a prospective employee's disagreement with criteria established by the employer and the labor union. To allow Clarett to proceed with his antitrust suit, the court concluded, would subvert "principles that have been familiar to, and accepted by, the nation's workers for all of the National Labor Relations Act's [60 years] in every industry except professional sports."

While the decision of the Second Circuit Court of Appeals seemingly put an end to Clarett's chances of playing in the NFL in 2004, it is clear that we have not heard the last of this case. First, Clarett and Mike Williams, another highly rated sophomore out of the University of Southern California, dropped out of school after the district court's ruling and hired agents. As a result, the NCAA has said that both players are considered professionals and hence ineligible to return to college football. While their schools can appeal to the NCAA to regain the athletes' eligibility (USC and Williams petitioned for reinstatement in early June), it is unclear whether the NCAA will allow the players back. If the NCAA refuses to grant the players their eligibility, it seems likely that one or both of the players might sue the NCAA to get their eligibility back. Since the NCAA would more than likely win such a suit, it seems that the only options available to the players would be to play in Canada or continue sitting out.

Clarett has said that he will continue his legal challenge against the NFL, but his prospects appear slim. He has requested that the entire 12-judge panel of the Second Circuit court hear his appeal. Should he lose there, his last hope would be to appeal to the U.S. Supreme Court. But since the earliest the full court could hear his case would be October, with a decision not coming probably until after the football season, legally it looks as if Clarett has been dropped for a loss.