Before Sunday's Game One of the WNBA Finals between the Las Vegas Aces and Connecticut Sun, commissioner Cathy Engelbert emphasized the league's support for star Brittney Griner, who has been convicted of a drug crime in Russia.

Griner, the 31-year-old Phoenix Mercury center, was wrongfully detained in Russia in February, President Biden's Administration determined in May, was convicted Aug. 4 of drug charges and sentenced to nine years in Russian prison. As of Tuesday, Griner has been in Russian custody for 208 days.

CBS Sports reported that Engelbert on Sunday confirmed the league is working with the government and doing everything in its power to support Griner.

The U.S. State Department is working to negotiate a potential prisoner swap, but it's not clear when — or if — that will happen. In her remarks before start of the Finals, Engelbert said she and the league are "always thinking" of Griner.

"I recently received a handwritten letter from BG and I am so inspired by her courage in the face of enormous adversity," Engelbert said, as reported by CBS Sports. "We are fully focused on getting her home safely and she remains such an important part of the WNBA family."

Over in the NBA, Golden State Warriors star Steph Curry said the Biden administration rebuffed his offer to help with efforts to gain the Phoenix Mercury All-Star's release in a Rolling Stone October issue cover story published this week.

When Griner was in pretrial detention, Curry said he reached out to his contacts in the Biden administration, and he said they rejected his offer amid prison-swap negotiations. "They were telling us, 'Don’t say anything,'" Curry told Rolling Stone.

Curry added that the government's resistance to his offer galvanized him to briefly wear her Mercury jersey onstage at this 2022 ESPY Awards ceremony, which he hosted in July. He stood with WNBA All-Stars Nneka Ogwumike of the Los Angeles Sparks and Griner's teammate Skyler Diggins-Smith to give a short speech pushing for Griner's freedom.

RELATED: 'Terrified I Might Be Here Forever': WNBA's Griner Writes to Biden From Russian Custody 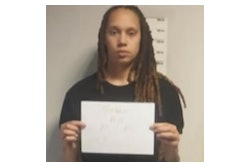 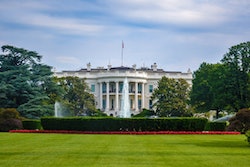 Racers in the 2023 Boston Marathon have the option now to enter the race as male, female or nonbinary...
September 15, 2022

After collection of sports participation data was interrupted the previous two years by the COVID-19 pandemic, the National Federation of State High School Associations was able to compile its High School Athletics Participation Survey for the 2021-22 sch
September 15, 2022

The NCAA is asking college football programs to remove the names of any student-athletes who entered the transfer portal since the new portal windows went into effect on Aug. 31.
September 15, 2022