Legendary football coach John Madden had only three rules for his players: 1) Be on time; 2) Listen and learn; and 3) Play like hell when I tell you to. 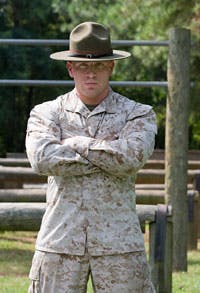 Though the authors have taken a harder line with their staff, initial response has been positive and job performance has improved. (Image Â© MTMCOINS/Istockphoto.com)

Legendary football coach John Madden had only three rules for his players: 1) Be on time; 2) Listen and learn; and 3) Play like hell when I tell you to. Luckily for Coach Madden, he never had to deal with Generation Y.

As all of us in the fitness industry know, Generation Y - born between 1985 and 2002 and also known as "Millennials" or the "Net Generation" - is the key to our workforce. The oldest of them are getting into their late 20s now, and many are still in their teens, which means you've already got a bunch of them on staff. Worse yet, you're soon going to have even more of them.

We thought we understood this group and were doing a pretty good job of managing them. Heck, only two years ago, we even did a talk at the Athletic Business Conference about our successes hiring and managing Millenials. Lately, though, it has seemed as if our staff is doing everything wrong, and we've realized that we'll have nothing but problems if we don't tighten things up.

When we started our business in the mid-'90s, we took a page from Coach Madden's book - and, actually, we were even more succinct. We had just two rules: 1) Be on time; and 2) Take care of the members.

With a small club and a small staff, these two rules served us well. Even our youngest staff people - who were the same age then as several of our employees today - understood why those two rules were so important. They might not have always known what to do, but they didn't have to be told why customer service was important. Everything fell under the catch-all, "take care of the members" - from providing great workouts to answering the phones the right way to cleaning. We certainly did a lot of staff training back then, but there were two key differences between those days and 2011. First, we did not have to define the basics of professional behavior. Second, our young staff actively learned by the examples that were set by us, as well as our senior, more experienced employees.

Let's just say that the old rules no longer apply.

Our business is growing, and everyone we hire is a 20-something. We actually have a gifted staff at the moment, but learning how to manage and motivate Millennials is a continuing education for us. Generally speaking, they do not learn by example (and anyway, many of our "senior" people these days are in their 20s, just like our new college graduates, so they aren't great examples to begin with). We've learned that the Net Generation responds very well to explicit instructions that are not open to interpretation. If they know exactly what's expected of them, the best ones will strive to meet or exceed those expectations. Dealing with them brings to mind what Bill Cosby said about why he had to remind his children to turn on the water when they went to take a shower: "You have to tell them to do that, because if you don't, they'll just wander around the tub."

And so, we've had to come up with a lot more rules. Nineteen, to be exact:

1) Arrive for your shift, client or class 10 minutes early. You must be ready to work, not still getting settled, when you are scheduled to be working.

2) Dress neatly and in staff attire. Nothing stained or ripped, and no hats at the front desk. Change clothes if you are going from teaching a class to a personal training session. Don't begin a session sweaty and disgusting.

3) Arrive having eaten. You aren't taking a break as soon as you arrive.

4) You also are not going to eat in front of members when it is time for you to have a break. Who wants to see you eat?

5) Be where you are expected to be. Trainers should be on the floor, not at the desk chatting with each other. Desk personnel should be at the desk, not chatting in childcare. If there's nothing to do, clean something.

6) Do not leave the building without permission. If you do leave, clock out. We're not paying you not to work.

9) Phone calls and text messages can be dealt with during your break. If you are using text messaging for business purposes (communicating with clients), do so out of view of other members.

10) No mobile usage of any sort in the pool building or in childcare.

11) No headphones may be worn at work unless for approved purposes (such as building a group-exercise playlist).

12) No personal business should be conducted while at work. Pay your bills at home.

13) No recreational reading of books or magazines while at work. If you are on the desk, you may browse the Web (no audio or video sites) so that members see you as alert and your head is upright.

14) Park your car away from the building. Customers get to park close, not you.

15) Your timesheet is your responsibility. If it's incorrect, your pay will be incorrect.

16) Maintain an appropriate professional distance from members. They want to get to know you, but don't discuss your problems. We're supposed to listen to their problems, not the other way around.

17) Staff members are expected to yield equipment and spots in classes to members. Yes, you will give up your group-cycling bike when a member comes in to a full class, even if that class has started.

18) Exhibit professional behavior at all times. Someone can hear you, even if you think they can't. No gossip about members, staff or our business.

19) Drinks must be paid for. Really. The cooler is not your home refrigerator.

That we could come up with 19 rules at all should make it obvious that our employees really had been doing everything wrong, and we weren't being explicit enough in our expectations of them. We presented these new rules at an all-hands meeting, along with a "four strikes" process to deal with offenses. Strike Zero is a first-time violation that is addressed on the spot, followed by Strikes One and Two that result in meetings with management. Strike Three means immediate and serious consequences (loss of shift, dismissal or other appropriate action).

We were pleased with the initial response from our staff. Without any pushback or fuss, we saw immediate improvements in appearance, timely arrivals and overall professional behavior. Few Strike Zero violations occurred over the first few weeks, and we saw hints that our business performance was improving. We're not quite ready to call Coach Madden to tell him that 19 is the new magic number for rules, but at least our staff isn't just wandering around the tub. 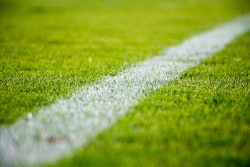