Two women who allege they were sexually harassed while employed by the Washington Football Team also claim lawyers representing the franchise offered them money this year in exchange for their silence.

As reported by The Washington Post, which broke the WFT workplace sexual harassment story last year, no specific hush money figure was discussed. However, Emily Applegate, the first former employee to go public in the Post, expected it to be "disrespectfully low." The offer was conveyed by attorneys representing the team at Reed Smith law firm, through discussions with Lisa Banks, the lead attorney for female former team employees, the Post reported.

Banks, who represents nearly 40 former team employees, told Applegate and the others that, in exchange for the money, they would have to sign nondisclosure agreements and agree to stop doing news interviews and posting on social media about their experiences while working for the team, according to the Post.

“It was pretty easy for us to say no. That wasn’t the purpose for why we said anything,” Applegate told the Post in a phone interview Wednesday.

Banks did not dispute Applegate’s description of the offer, which was supported by Megan Imbert, a former producer in the team’s broadcast department.

“They were upset about our social media presence and press,” said Imbert, summarizing the message she said was conveyed by Banks. “We turned it down because we see the bigger picture and we have always been after meaningful change, both within the organization and across the league.”

Applegate and Imbert told the Post the settlement offer was made in February, during a lull in activity in the NFL’s investigation of allegations of pervasive sexual harassment and mistreatment of female team employees during Daniel Snyder’s tenure as WFT owner. Imbert and Applegate viewed the offer as an attempt by the team to ensure their silence and minimize the fallout when the NFL’s investigation concluded and its findings were publicly announced. The offer would not have blocked them from speaking to investigators, the women said.

“It just felt like they wanted to bury this and shut us up,” Imbert said.

No findings from that investigation would be released publicly by investigators or the NFL, including conclusions pertaining to Snyder’s role in the culture described by employees or about allegations raised regarding his own conduct, including an alleged incident on his private plane in 2009 that resulted in a $1.6 million settlement with a former team employee, the Post reported.

The results of that investigation were presented verbally to NFL commissioner Roger Goodell, who received nothing in writing, according to the league. In July, the NFL announced it had fined the Washington Football Team $10 million for fostering a workplace culture in which sexual harassment was commonplace.

Outrage among Applegate, Imbert and others over the NFL’s handling of the investigation was reignited this week when evidence obtained as part of the probe revealed that Las Vegas Raiders coach Jon Gruden had made racist and homophobic remarks in emails to longtime WFT president Bruce Allen between 2011 and 2018.

On Wednesday, Applegate, Imbert and eight other former team employees sent a public letter to the chief executives of major NFL sponsors Nike, Amazon and PepsiCo requesting they insist the league release detailed findings from the investigation.

“The many survivors who had come forward in good faith to share their experiences deserved to understand the truth, and to know that their participation was meaningful and reflected in the findings,” wrote the former employees, who accused Goodell of “deliberately burying the findings of the investigation."

”The consequence of Mr. Goodell’s decisions around this investigation, and the lack of any meaningful action against Dan Snyder, is to tell women and survivors everywhere: ‘You and your experiences do not matter to the NFL — especially if those experiences potentially expose the misdeeds of a very wealthy owner,’" the employees wrote, as reported by the Post. 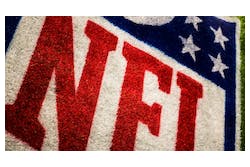