A city in Texas said a child who became infected with a rare amoeba could have been exposed to it at a public splash pad.

The child died earlier this month after visiting the splash pad at Don Misenhimer Park in Arlington, city officials said, according to a Fort-Worth Star Telegram report. The age and identity of the child were withheld for privacy reasons.

City officials closed all splash pads through the end of the year. The city’s drinking water was not affected.

The child, who was a resident of Tarrant County, died Sept. 11.

Water samples collected between Sept. 10 and Sept. 14 and sent to the Centers for Disease Control and Prevention tested positive for the amoeba Friday.

Records from splash pads at Don Misenhimer Park and the Beacon Recreation Center show that parks and recreation workers did not consistently conduct or record water quality testing, including checking for chlorine.

The city is reviewing splash pad equipment, supplies, maintenance and water quality inspection policies, as well as safety training and protocol for park personnel. The public splash pads passed inspection before the start of the summer season, but were not properly checked or maintained, according to the city.

Workers added chlorine to the water system the day after the child’s visit, when records show that chlorination levels had fallen below local and state minimum requirements.

“We have identified gaps in our daily inspection program,” deputy city manager Lemuel Randolph said in a statement, the Star Telegram reported. “Those gaps resulted in us not meeting our maintenance standards at our splash pads. All of the splash pads will remain closed until we have assurance that our systems are operating as they should, and we have confirmed a maintenance protocol consistent with city, county and state standards.”

According to the Centers for Disease Control and Prevention, Naegleria fowleri can cause primary ameobic meningoencephalitis. The amoeba usually infects people when contaminated water enters the body through the nose. Once the amoeba enters the nose, it travels to the brain where it causes PAM, which is usually fatal.

The risk of infection is low, with only 34 reported instances of the disease being reported in the U.S. between 2010 and 2019. Only four out of the 148 known infected U.S. from 1962 to 2019 have survived the disease, according to the CDC, and it is not clear whether any treatment is effective. 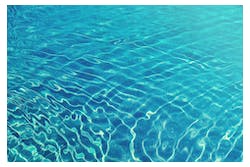