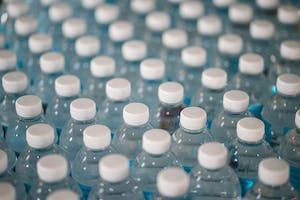 The University of Louisville hosted a drive before Sunday's women's basketball game against Kentucky at the KFC Yum Center, gathering water for survivors of the deadly tornadoes that tore through the commonwealth this weekend.

As reported by Louisville Courier Journal, the idea was sparked by Cardinals' coach Jeff Walz's brother, Scott, during a phone call. Coach Walz, who led Louisville to a 64-58 win over the Wildcats, moved quickly to set up the charity drive with Yum Center general manager Eric Granger and athletic department administrators Josh Heird and Amy Calabrese.

In 30 hours, Louisville was able to pull two box trucks in front of the Yum Center, along with Louisville mayor Greg Fischer, and raised 68 pallets of water, Walz said.

That water will go to help the victims of a deadly weather system that saw tornadoes ravage parts of western Kentucky, killing more than 100 people, according to Kentucky governor Andy Beshear.

"To be able to get that done in 30 hours speaks volumes," he said. "I want to thank my brother Scott, he called me on Saturday morning and had this idea. Eric Granger and he was like, yeah, we can figure something out.

"When you have a rivalry , as intense as it is, to come together for a common cause it gives us a little hope in humanity in knowing it’s OK to cheer for one or cheer for the other but we can come together and do something good."