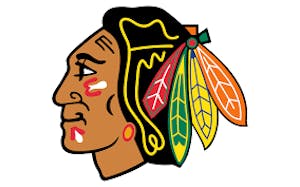 The Chicago Blackhawks continue to deal with black eyes brought on by accusations of sexual harassment and assault within its organization.

That said, the sluggish reaction to one case may have expedited the handling of another.

The Associated Press reported Monday that the Blackhawks had fired a longtime minor-league athletic trainer in November after he was accused of sexual harassment. The allegations were reported to the team on Oct. 27, a day after it released a report by an outside law firm that found the organization mishandled allegations that an assistant coach sexually assaulted a player in 2010.

The alleged harassment by Rockford IceHogs athletic trainer D.J. Jones occurred in 2014, the Blackhawks said Sunday night in a statement, as reported by the AP.

“Under our new leadership, we have made it crystal clear that nothing is more important than the safety and well-being of our players and employees, and there is a zero-tolerance policy for any violation of our standards of conduct in our organization,” the statement read. “We have done a lot of work to ensure an environment where employees are encouraged to feel safe coming forward, even if it is about wrongdoing that occurred in the past.

“Recently, when allegations of sexual harassment in 2014 by D.J. Jones, the head athletic trainer for the Rockford IceHogs, were reported to the Blackhawks on October 27, 2021, we adhered to our new protocols and procedures, suspended Mr. Jones, conducted an in-depth investigation over five days and, following the conclusive results, terminated Mr. Jones on November 3, 2021.”

The Blackhawks’ announcement comes as the organization is working to rebuild its reputation after the October report by Jenner & Block detailed how senior leaders with the team largely ignored Kyle Beach’s allegations after he said he was assaulted by then-video coach Brad Aldrich just days before the team won its first Stanley Cup title since 1961, according to the AP.

Longtime general manager Stan Bowman resigned after the team received the report, and it also played a role in the departure of Al MacIsaac, another top hockey executive. The NHL fined the team $2 million for “the organization’s inadequate internal procedures and insufficient and untimely response.”

Two lawsuits related to Beach’s allegations were resolved in December, but three more people are weighing suits against the Blackhawks for the team’s handling of the matter, according to a Chicago attorney representing the men.

Facing questions Wednesday for the first time since the law firm’s report, Blackhawks owner Rocky Wirtz refused to address how the team handled Beach’s accusations. Wirtz, 69, ended up apologizing for his angry reaction.

A day later, Wirtz said he should have let his son, Danny, the Blackhawks’ CEO, and president of business operations Jaime Faulkner share the organization’s work when it comes to improving the culture.

“However, what I would also say if given another opportunity is that the first step is putting the right people in place,” Rocky Wirtz said in an email from the team, as reported by the AP. “Danny and Jaime have spent the past year understanding how this happened and where it is happening — not just in our locker rooms but in youth locker rooms as well. And they are fully empowered to put the right things in place not just at the Chicago Blackhawks, but also at the Rockford IceHogs and [the team’s practice facility].”