Voting in this round is now closed. Click here to vote in the quarterfinals.

The Sub-100,000 Capacity Region: Whether it's a new-school venue like Baylor's McLane Stadium or a classic like Notre Dame Stadium, these venues stand out among college football's best, despite not seating 100,000.

New to the College Facility Playoff? Here's a refresher on our criteria and a link to vote in the 100,000+ Capacity Region. 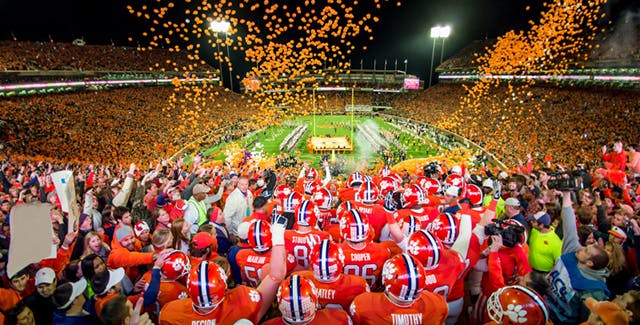 Memorial Stadium
Opened: 1942
Last Renovated: Currently
Renovation Cost: N/A
Capacity: 81,500
Thoughts from the Committee:  Clemson's "Death Valley" has the tradition and game day atmosphere to rival any in college football. "When Clemson players rub that rock and run down the hill, it's the most exciting 25 seconds in college football," says Brent Musberger. But the stadium itself is impressive too with plans to get even better. The school is currently improving the stadium's "WestZone," adding a new tower with a glass window embellished with a tiger paw. The north side's suites and club seats will also be revamped. 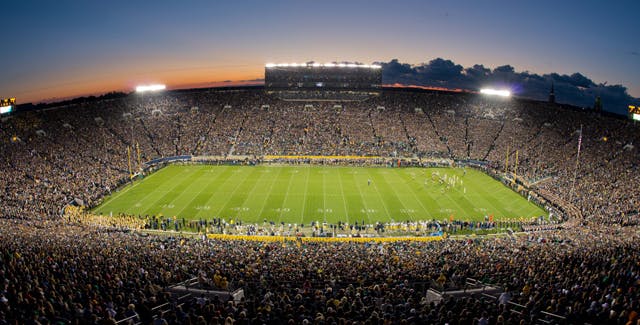 Notre Dame Stadium
Opened: 1930
Last Renovated: 1997
Renovation Cost: $50 million
Capacity: 80,795
Thoughts from the Committee: A classic through and through, Notre Dame Stadium will probably climb higher on this list in future years when the school's Campus Crossroads project is complete. And while our Committee respects tradition, if Notre Dame is going to install synthetic turf, put its logo at midfield and wear alternate uniforms, it might as well have added a video board a long time ago. 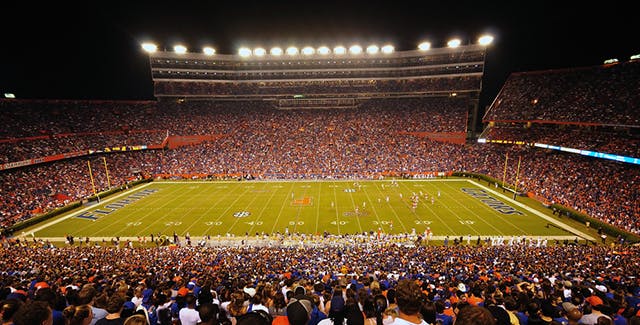 Ben Hill Griffin Stadium
Opened: 1930
Last Renovated: 2008
Renovation Cost: $22 million
Capacity: 88,548
Thoughts from the Committee: Florida has continually invested in Ben Hill Griffin Stadium at Florida Field to ensure it remains among college football's best. The 2008 renovation referenced above added the beautiful and environmentally friendly Heavener Football Complex, the "front door" of the program. A more recent addition updated the stadium's concourses. A major renovation in 2003 added more luxury suites and club seats. As for the environment on game day, "Only Gators get out alive." 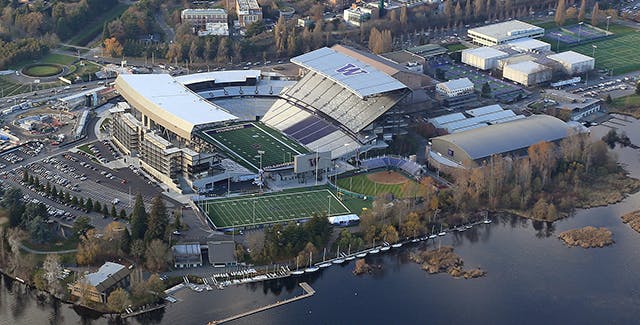 Husky Stadium
Opened: 1920
Last Renovated: 2012
Renovation Cost: $280 million
Capacity: 70,138
Thoughts from the Committee: Once crumbling and dilapidated, a massive renovation has given Husky Stadium the infrastructure and amenities to match its stunning waterfront location. The entire lower bowl and the upper deck on the stadium's south side is brand new, the track surrounding the stadium is gone, the fans are closer to the action, coaches have new offices and the players have a new locker room. Husky Stadium was always a recognizable venue due its location and design, but now it is truly one of the best in college football. 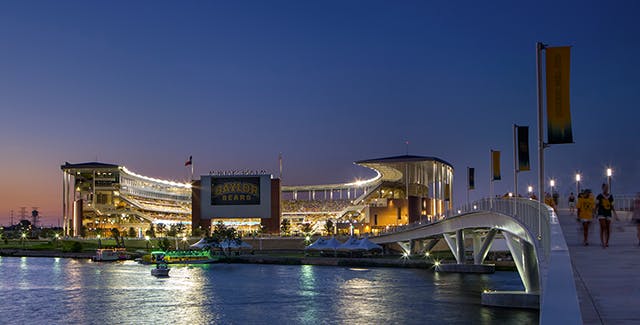 McLane Stadium
Opened: 2014
Last Renovated: N/A
Construction Cost: $266 million
Capacity: 45,140
Thoughts from the Committee: Baylor's sparkling new home which sits along the banks of the Brazos River has several unique distinctions among stadiums in our field. It's the newest, the most technologically advanced, but also the smallest. The pedestrian access, especially the footbridge connecting it to campus (featured in this Athletic Business article) is another great touch. The Bears went undefeated at home and hosted ESPN's College GameDay for the first time in their first season in the stadium. 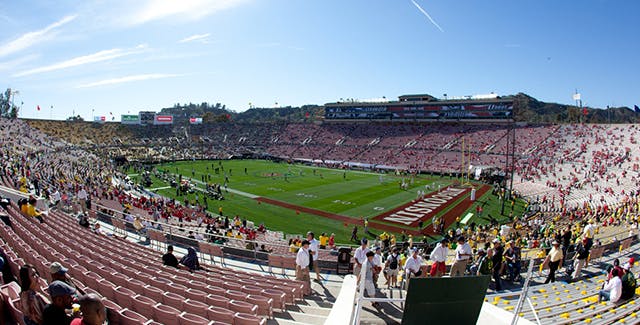 The Rose Bowl
Opened: 1922
Last Renovated: 2010-2013
Renovation Cost: $181 million
Capacity: 92,542
Thoughts from the Committee: Perhaps no venue is more synonymous with college football than the Rose Bowl. Known more for hosting The Rose Bowl Game, "The Granddaddy of Them All," than UCLA home games, there is really no place in the country like it. A recent renovation has given the stadium the modern updates to go along with its rich history. 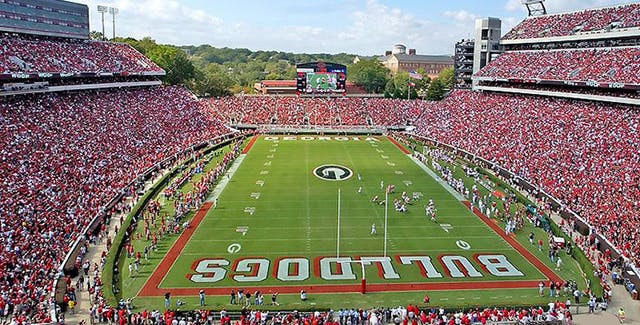 Sanford Stadium
Opened: 1929
Last Renovated: 2003-2004
Renovation Cost: $33 million
Capacity: 92,746
Thoughts from the Committee: Rising from the middle of one of America's most scenic college campuses sits Sanford Stadium. We could go on about the 27 new SkySuites, the 92,746 fans all in red or the tasteful expansions throughout the years, but really, taking in a game "Between the Hedges" on a Saturday afternoon is the quintessential college football experience. As Fran Tarkenton once said, "There is no place in the world precisely like the grass that grows between the hedges in Athens, Georgia." 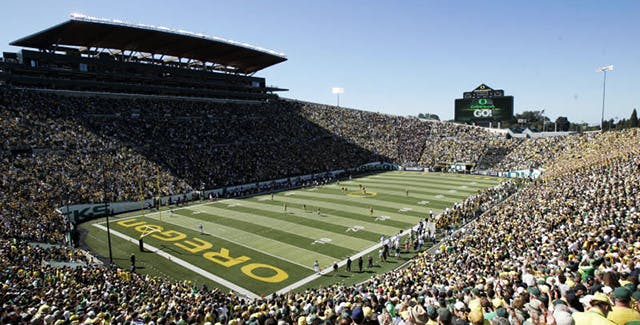 Autzen Stadium
Opened: 1967
Last Renovated: 2002
Renovation Cost: $90 million
Capacity: 54,000
Thoughts from the Committee: Autzen has a unique look, modern updates and an intimidating atmosphere. Despite its relatively small capacity, the crowd can get extremely loud due to the stadium's compact footprint. As a columnist for the Michigan Daily once wrote, "Autzen's 59,000 strong make the Big House collectively sound like a whimper." The facility's 2002 facelift added 32 luxury suites, 12,000 total seats and improved concourses and restrooms ensuring those fans are comfortable on game day.