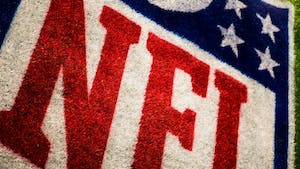 The attorneys general of six states have warned the NFL that it could face investigation unless it takes steps to address “grave concerns” about workplace harassment allegations, according to a report by The New York Times.

The attorneys generals’ concerns stem from a New York Times report in February in which more than 30 former employees said they had experienced a demoralizing culture working for the league.

In a statement released Wednesday, New York attorney general Letitia James and the other attorneys general asked victims and witnesses of discrimination within the league to file complaints with James’ office.

“Recent reports indicate that more than 30 former employees have now come forward and described a pervasive culture of sexism and widespread workplace discrimination within the NFL, including but not limited to, sexual harassment, targeted retaliation, and harmful stereotyping,” James said in the statement. “Today’s letter demands the league to take swift action to improve workplace conditions and protect its female employees.”

The New York Times reported that the allegations included female staff members saying they were forced to watch a video showing the former player Ray Rice knocking unconscious his then-fiancée, were asked to publicly declare if they had been victims of domestic violence, and were marginalized or pushed out of their jobs if they questioned the league’s handling of sexual harassment issues.

“All of this is entirely unacceptable and potentially unlawful,” the AGs wrote in the letter, saying that they would use “the full weight of our authority to investigate and prosecute allegations of harassment, discrimination, or retaliation by employers throughout our states, including the National Football League.”

In response to the February report, the NFL had disputed that women, and particularly women of color, were sidelined or that the league was insensitive to the issues of gender and racial inequality.

The attorneys general letter comes during a time when the NFL is facing a congressional inquiry into the workplace treatment of female employees of the Washington Commanders, and a discrimination lawsuit by Brian Flores, an Afro Latino man and the former coach of the Miami Dolphins, who said the league flouted its rules requiring teams to interview a diverse range of candidates for coaching and general manager positions, the Times reported.