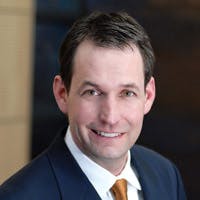 Ernest Joyner is a principal with Denver-based Sink Combs Dethlefs and has more than 17 years of experience in design and project management.

What is sports tourism? For those living in larger metropolitan markets, professional sports may come immediately to mind. For those in smaller, regionally based markets, regional youth tournaments might be the focus. While both interpretations are valid, there are many others, including Olympic facilities, water parks and extreme or unique sporting venues.

From an economic perspective, the word tourism suggests a strong association with revenues and overarching economic benefits that reach far beyond the event's organizers. From our office in Colorado, we don't have to look far to find examples of all of these.

The Denver Broncos Football Club is likely the most recognizable. Each home football game is filled with rabid fans, many of whom travel from outside the state. A comprehensive study done by the International Journal of Public Administration calculated the total economic impact of one season to be more than $ll7 million. That figure is likely much higher today, since the Broncos have won three Super Bowls since the landmark study was conducted. 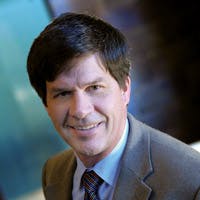 Andy Barnard is president of Sink Comb Dethlefs, starting his career in sports architecture with the firm more than 25 years ago.

A less well-known but certainly interesting example is the Pikes Peak Hill Climb, which is celebrating its 100th year. This very unique annual auto race has become a strong and reliable economic generator for Colorado Springs. In 2013 alone, the PPHC generated 20,800 hotel stays, $6.6 million in direct revenues for local businesses, and more than $500,000 in tax revenues. The media coverage, primarily through online streaming and social media sites, translates into 17.4 million views, equating to $3.3 million worth of exposure.

Among destinations focused on daily events is the large 24-field complex at Dick's Sporting Goods Park. The venue relies primarily on camps, festivals, and tournaments for its revenues. The Mile High LAX tournament, like so many events hosted at the venue, draws teams, athletes and — most important — families to Denver for multiday competitions.

Colorado Springs is also the home to one of three U.S. Olympic Training Centers. Its citizens recently funded millions of dollars in improvements to keep the venues local — and for good reason. More than 130,000 visitors tour the CSOTC annually. 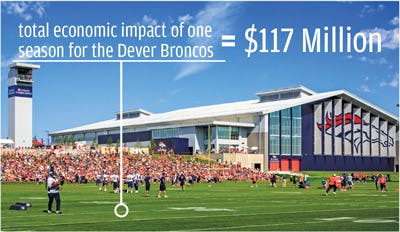 Centered on winter extreme sports, the X Games in Aspen represent the perfect Colorado mixture of all these types of sports tourism rolled into one event. The X Games Aspen draws about 120,000 visitors, almost all of them from out of town, which creates a $25 million annual boost to the local economy. Another less tangible but perhaps more valuable benefit is the exposure Aspen (and its ski resorts) gets on more than 260 million television screens in 200 countries.

As all these events and venues illustrate, sports tourism is alive and well and is often a great economic boon for those communities that are willing to invest in venues and support events. Understanding the traits that can lead to success is essential for community leaders, promoters or developers who are focused on capitalizing on the sports tourism phenomenon. 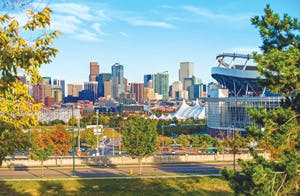 LOCATION, LOCATION, LOCATION
Sports projects have served as the critical first step in many urban renewal efforts. Adding a large, new spectator venue to an undervalued part of town can start the kind of renaissance that leads to old warehouses being turned into loft apartments, art galleries and brew pubs — with a corresponding increase in real estate values and property tax collections.

There are well-known cases of Major League ballparks transforming declining urban neighborhoods into superb economic engines. For example, as impressive as the Broncos' economic impact is, the Colorado Rockies have an even larger impact. The Rockies play 81 regular-season home games at Coors Field. Even if the Rockies are struggling and drawing only 20,000 fans to the ballpark, that's a lot of spenders descending on Lower Downtown Denver. And they are not just going to the game, they are drinking and dining as well. Imagine the impact when the Yankees, Cubs, or Dodgers are in town and the stadium is filled to its 50,000-seat capacity.

It wasn't always like that, however. In the early 1980s, the downtown area was a desert. People came to work, then returned home. The opening of Coors Field sparked more than 45 bar and restaurant openings in an area previously devoid of such establishments.

Sports projects are also perfect hubs for public transportation and can generate new rail and bus lines that serve the needs of the larger city and spur development along their routes. Integrating a project into existing or future transit capabilities can add to the overall sports experience, and save on the expense and frustration of parking. When Coors Field was built, there were huge investments in infrastructure, light rail and interstate highways, and access from the highways into downtown.

To have this sort of urban renewal impact, projects need to be large enough to have a direct effect on several city blocks. For smaller projects, a better approach is to consider locations that already have some attractors — parks, museums or shopping districts, and think of the sports project as adding to the mix. A facility located near restaurants, playgrounds, shopping and other destinations have something for every age and taste and make for multiday family excursions. Smaller projects need these complementary activities to encourage visitors to turn a day trip into an overnight stay.

Participation-based facilities should be easy to find for those arriving by car. Assume visitors have never been to the area before. Use signage effectively. Dramatic architecture at the entry serves the dual function of making the building stand out from afar and also tells people where to enter. 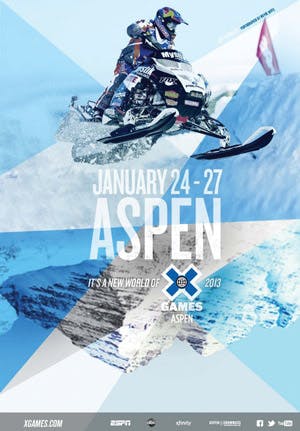 In addition to athletes and spectators, high profile events can bring specialized workers such as TV production crews. [Image by XGAMES.COM]

When locating sports destinations, consider existing or planned parking resources located in the vicinity that may have complementary peak uses. Parking lots at office complexes that have normal business hours are great candidates for accommodating parking on nights and weekends.

PRODUCTION VALUE
The site for a highly specialized event often contributes to its appeal. The Winter X-games in Aspen is a perfect example. The intrigue of flooding a haven for Hollywood's elite with extreme athletes and their fans is broadcast-worthy in itself. Add unusual sports and celebrity athletes such as Shaun White, and the broadcasts become more economically prolific than the Games. The broadcasting effort alone brings in jobs and cash. Highly specialized workers, including on-screen announcers, camera people, set builders, production crews and the athletes themselves need to be fed and housed before, during and after the actual event. That they will likely spend some leisure dollars in their off hours is an added bonus.

The UW Health Sports Factory in Rockford, Ill. was planned with tournaments in mind and has booked 345 events in its first six months of operation.

WINNING TRAITS
Good sports facilities should have a focus; some characteristic that makes them a destination worth the trip. For instance, if the focus is basketball and volleyball tournaments, investing in a top-quality resilient floor (and letting users know it) can propagate a reputation as "the best place for..." In this world of specialization, a multipurpose rubber floor will probably not become a destination for basketball.

Similarly, hitting some critical programming or scheduling thresholds is important. Four tennis courts (or soccer fields or basketball courts) are probably not enough to host a tournament, but six or eight allow enough simultaneous play to get through the matches in a weekend. And 12 is even better. In these tournament venues, it's also a great idea to create one court as a championship court with fixed seating to keep the participants around as spectators — a little something to make the trip more special.

Targeting the specific market or programming niche is primary, but having a strategy for secondary uses is also important. For the facility, consider flexibility. What other user groups could be targeted? How can the facility be designed to accommodate them? Can it be made divisible for various-sized events? Can multiple events be held at once? How is access controlled for multiple events? Marketing efforts may want to focus on leagues, schools and church groups to generate volume.

As a joint effort between the city government and the Rockford (Ill.) Parks and Recreation District, a deteriorating industrial building has been transformed into the UW Health Sports Factory. The facility officially opened June 1 and is already booked for 345 events in its first six months of operation.

In the programming stage of a new facility, consider amenities for non-participants. A trip to an out-of-town tournament is often a family affair with parents and kids of all ages, who may not be riveted by nine hours of youth volleyball. Parents want Wi-Fi, younger kids want a play area, and everyone wants TV, food and drink. Think of these amenities as profit centers. A temporary setup to sell hot chocolate at a hockey round robin can be easily accomplished with a little pre-planning.

To become a destination facility, it's also important to have the right team facilities. Tournament-destination facilities are locker-room-intensive. Provide — but don't overprovide or over specialize on locker rooms (remember, flexibility!). There is also a tremendous need for multipurpose rooms for team meetings, parent meetings and registrations, as well as warm-up areas. During a tournament, consider every available space and how it might be put into service.

For large spectator venues, flexibility is just as important. Look at the number of professional football stadiums hosting collegiate or high-school level games. Stadium restaurants and bars can be open to the public on non-event nights. Links to adjacent convention space can create additional flexibility that benefits both venues. Club spaces can become meeting/event rooms. When designing clubs in venues, think about flexibility. Can a dance floor be brought in for weddings? Is there a separate outside entrance for corporate Christmas parties? Can the rest of the facility be secured from outside groups?

For fans, sports tourism is about the event. But for operators, promoters and communities, sports tourism can be a strong, consistent revenue generator. With thoughtful consideration for the site, the venue, and the potential for media coverage, a simple idea like racing to the top of a mountain peak can create a time-tested economic engine.

This article originally appeared in the July/August 2016 issue of Athletic Business with the title "The wide, wide world of Sports Tourism"