The University of Louisville Athletic Association will pay Papa John's founder John Schnatter $9.5 million over five and a half years in a settlement to terminate the pizza chain's naming rights to Cardinal Stadium, according to a report from the Associated Press.

The school removed the Papa John's name and logo from the 60,800-seat stadium last year, as Schnatter quickly became a PR liability. The pizza mogul made a succession of public missteps beginning in October 2017 with his condemnation of NFL commissioner Roger Goodell for not doing enough to stop players from protesting as the national anthem played before games, a practice Schnatter alleged was hurting Papa John's sales as the "official pizza company" of the NFL. The NFL immediately stripped Papa John's of its league sponsor status.

Then in July 2018, Schnatter used the N-word when discussing with his marketing agency how Colonel Harland Sanders of Kentucky Fried Chicken fame had used the word without "public outcry." The marketing company dropped its affiliation with Papa John's, and on the day the incident was reported, Schnatter resigned as Papa John's chairman and as a member of the UL Board of Trustees.

Some Cardinal players had also called for removal from the stadium of the Papa John's name, according to the Associated Press.

ULAA and the Board of Trustees approved the agreement Thursday that will immediately pay Schnatter $1.5 million with four subsequent annual payments of $2 million every July.

The naming rights agreement ran through 2040. Louisville athletic director Vince Tyra said the settlement allows the school to reclaim and resell naming rights to help pay the remaining installments. Tyra suggested the next deal would be shorter and added, "our intention would be to get that buttoned up by next season." 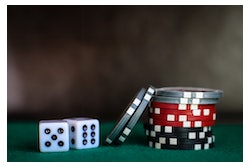 On Pride Night at Madison Square Garden on Friday, the NHL New York Rangers went back on their pledge to wear Pride-themed jerseys, despite announcing the team would do so...
January 30, 2023

Two more states announced this week that high school athletes will be free to pursue name, image and likeness deals, bringing the total number of states to do so to at least 20.
December 9, 2022
Page 1 of 45
Next Page
AB Show 2023 in Baltimore
AB Show is a solution-focused event for athletics, fitness, recreation and military professionals.
Learn More
Buyer's Guide
Information on more than 3,000 companies, sorted by category. Listings are updated daily.
Learn More