The University of Illinois Student Government is giving students the opportunity to sell back their clothes featuring the school's former mascot, Chief Illiniwek — imagery considered by some to be racist.

“Help remove outdated and racist imagery from campus!” read a recent Facebook post by the Illinois Student Government. “Exchange your former mascot clothing for brand new, official Illinois merchandise at any of the locations listed above, while supplies last!”

Chief Illiniwek, also referred to as the Chief, was the mascot chosen by the University of Illinois to pay tribute to the dozen or so Illinois tribes indigenous to the upper Mississippi River rally. Some Native American groups and individuals expressed concern over the mascot, typically portrayed during games by white students in war paint and inauthentic costuming, saying it was offensive. The NCAA deemed the mascot offensive in 2005 and banned the university from hosting postseason events, which ultimately led to its retirement in 2007. Ten years later, the school did away with the popular “War Chant” that was sung at university sporting events.

“The Illinois Student Government takes a firm stance against representations of ‘Chief Illiniwek’ because of the disrespect the symbol conveys upon the Native American community,” according to a resolution obtained by Campus Reform.

Not everyone is on board with expunging campus of chief-related imagery.

"I find it deeply disturbing that the University of Illinois has seen fit to label any representation of Native culture, authentic or not, as inherently offensive and worthy of censorship," Honor the Chief Society president Ivan Dozier, who is of Native American descent, said in a statement to Campus Reform. "Other schools like Utah and Florida State work closely with local tribes and honor their imagery and history with pride. Why has Illinois not made any effort towards a similar partnership?" 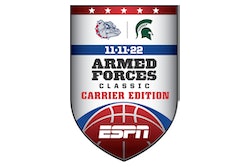 Matt Davison, who in 2017 helped bring Scott Frost back to the University of Nebraska as its head football coach, is leaving the Huskers’ athletic department to launch and run a new NIL Collective.
October 7, 2022
Page 1 of 44
Next Page
Buyer's Guide
Information on more than 3,000 companies, sorted by category. Listings are updated daily.
Learn More
AB Show 2022 in Orlando
AB Show is a solution-focused event for athletics, fitness, recreation and military professionals.
Learn More