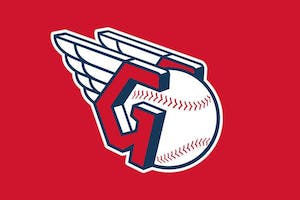 The MLB’s Cleveland franchise will officially change the team’s name to the Cleveland Guardians on Friday.

The organization announced on Wednesday afternoon that it will officially make the transition from the Cleveland Indians to the Cleveland Guardians on Friday morning, including changing its name on all social media platforms and releasing new Guardians merchandise.

The Guardians team store at Progressive Field will be closed on Thursday to prepare for the changeover and then reopen on Friday, featuring new Guardians gear and souvenirs.

The Guardians will boast the same blue-and-red color scheme as in the past The organization wanted the script to be similar to what it has been for the past 75 years, but it decided to make slight changes to mimic the structural architecture of the Hope Memorial Bridge that sports the “Guardians of Traffic” statues, imitating the trusses of the bridge’s underside. On the road, the team will continue to sport “Cleveland” across its chest, while “Guardians” will be printed on the home jerseys.

The team will soon turn its focus toward making the final changes to the ballpark (including replacing the former script “Indians” sign above the left-field scoreboard with a “Guardians” sign) and beginning the $435 million renovation plans to make Progressive Field a better environment for fans to enjoy. 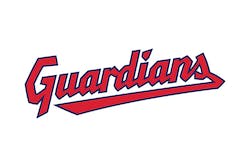